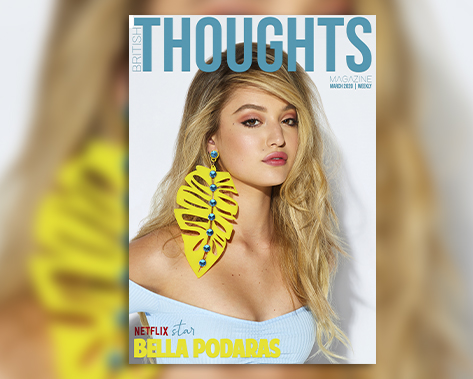 Ashley Garcia is the world’s only 15 ½ year old robotics engineer and rocket scientist who is interning at Nasa’s Jet Propulsion Laboratory. Bella plays the best friend of Ashley, a fashion-forward, and confident teen who helps Ashley balance life and friends in addition to her work.  It’s a charming, and funny series with some serious undertones that will no doubt empower others.  In everyday life, Bella loves all things fashion and beauty, and when you ask her about dating, she replies, “No time for it.”  She’s focused and determined and well on her way to super stardom. She’s certainly one to keep an eye on—especially in the fashion world. 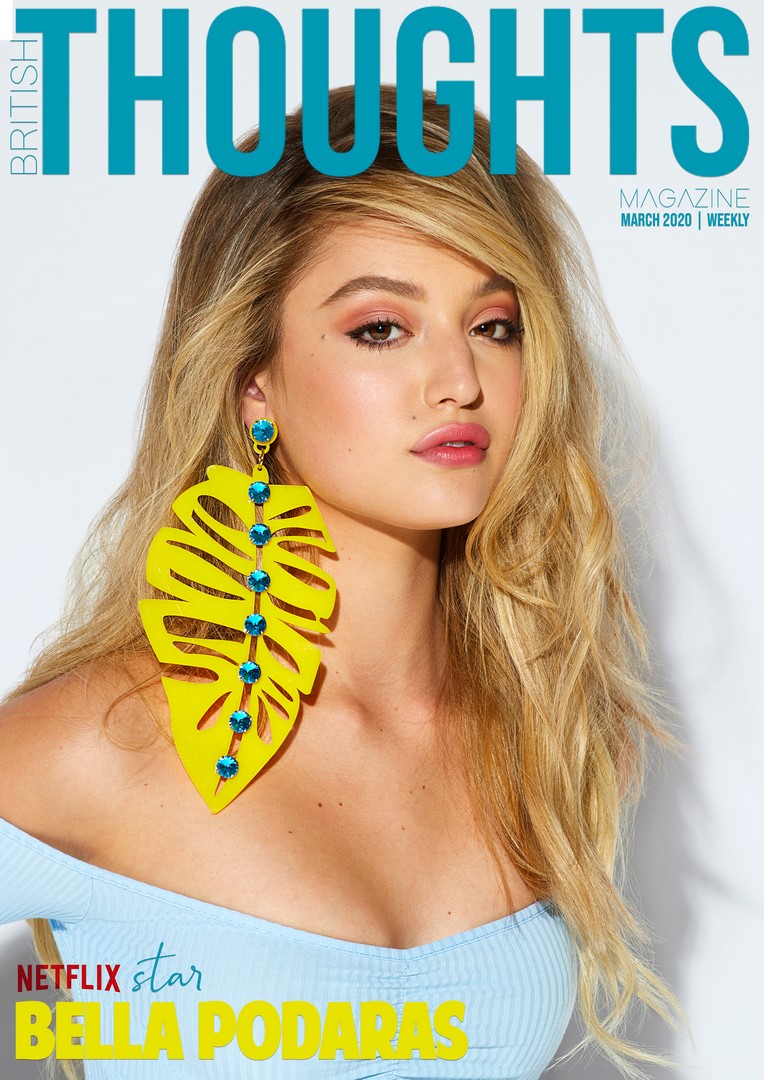 You may also recognize this 5’8” beauty from HBO’s “Barry,” opposite Bill Hader.  A former model, and Houston native, Bella got her start in acting as a young child, and relocated to Los Angeles with her family four years ago to pursue her dream.  As one who doesn’t care what others think of her, she’s determined to use her voice and platform to empower other young girls to be comfortable in their skin, stand up to bullying, and to not be afraid to go after what it is you want.  In a day of social trolling, a voice like hers is so needed, and one that all ages can identify with. 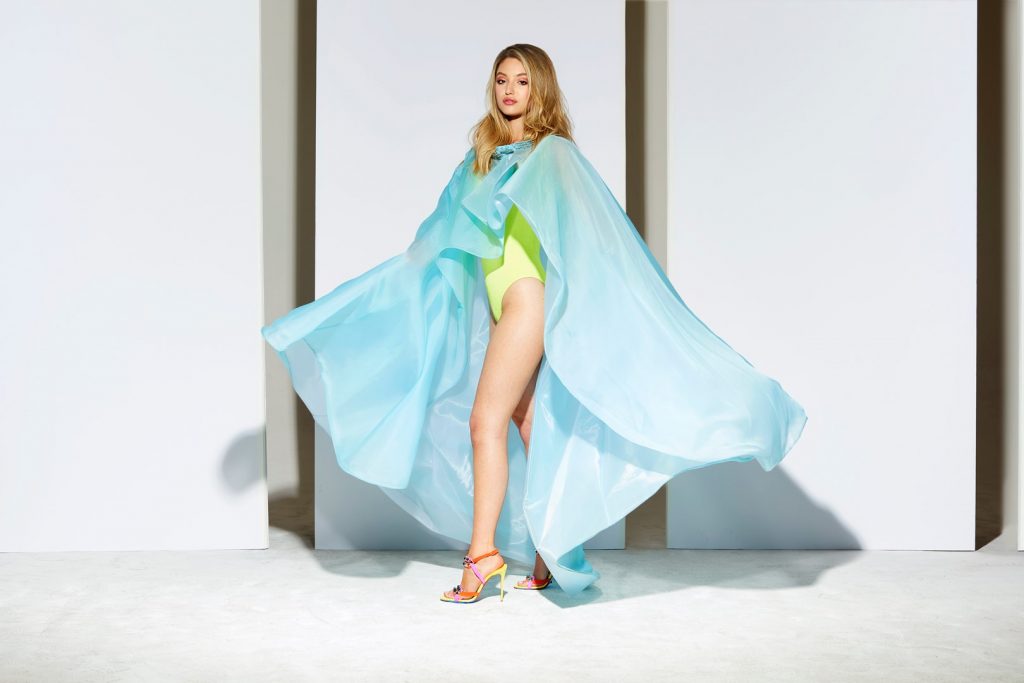 What attracted you to the role of Brooke Bishop?
When I first read the script I immediately identified with Brooke’s humor. I liked that she was into makeup and fashion, but the fact that the writers wrote her to be so genuine and actually funny was what really drew me to her.

How did the transition from model to actor go for you?
I’ve been an actress my entire life. When I moved to LA, I did some modeling just to get my face out there and gain confidence in front of the camera. It was never a career I was super passionate about fully pursuing. But now I love photoshoots and all of the cool looks and concepts my team and I get to create.

Who would you say are the biggest influences you have in your career?
I’m influenced and inspired by a lot. I can see a movie or a photograph and immediately think “Oh I want to be shot like that.” Or “I have to work with this director.” But I think my biggest influence comes from other actresses. Some of my favorites are Jennifer Lawrence, Angelina Jolie, Margot Robbie, Laura Dern, and Saoirse Ronan. I also love Eva Longoria. She directed a few episodes of Ashley Garcia and actually guest starred in an episode. It was super cool getting to work with her.

As an up and coming actor. How do you plan on using your platform for young viewers?
I hope to inspire kids, especially girls, to be exactly who they are. I think a lot of women put themselves in boxes and label themselves. It’s important for women to know that they can be whoever they want to be, and that no one is just one thing.

Has acting always been in the books for you?
I’ve been acting pretty much my entire life. I can’t remember a time where it wasn’t my biggest dream.

In the future, what kind of roles would you want to take on?
I never thought I would be in a comedy but now that I am, I can’t get enough of it! I love it and I would love to continue doing comedic roles in the future. But ideally the next step for me would be a darker more dramatic role. I really want to do movies. I’ve only done TV at this point, so a film role is definitely on the top of my list.

Can you describe your style of acting?
I think my style of acting primarily depends on the kind of project I’m working on. For example, the style of acting on a sitcom is completely different than it would be on a film. So, as an actor, you just adapt according to the project. David Lynch once said something in an interview about how the best actors believe their circumstances from a deep place within. Basically if I don’t believe what I’m talking about, how is the audience going to believe it? I carry that bit of wisdom around with me for sure.

How do you deal with social media?
I think of my social media as a vessel to self-express. I like keeping up with friends and posting little bits about my life. I try not to let it get any more complicated than that.

Where do you see yourself as an actor in the next 10 years?
Hopefully I’ll be working with some amazing actors and directors! That’s all I could ask for. Maybe living in Malibu? Who knows!

What advice would you give to young girls trying to get into acting?
I would tell girls that anything is possible. I have been in their place at one point and I just continued working towards my dream. It’s a crazy business but if you really love it, go for it. 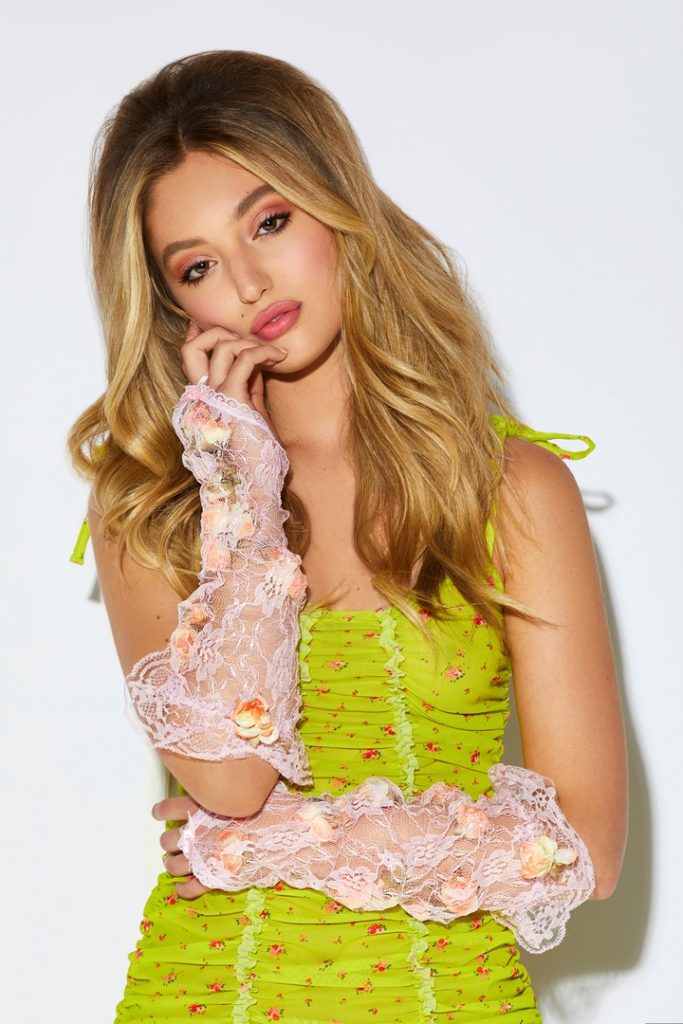