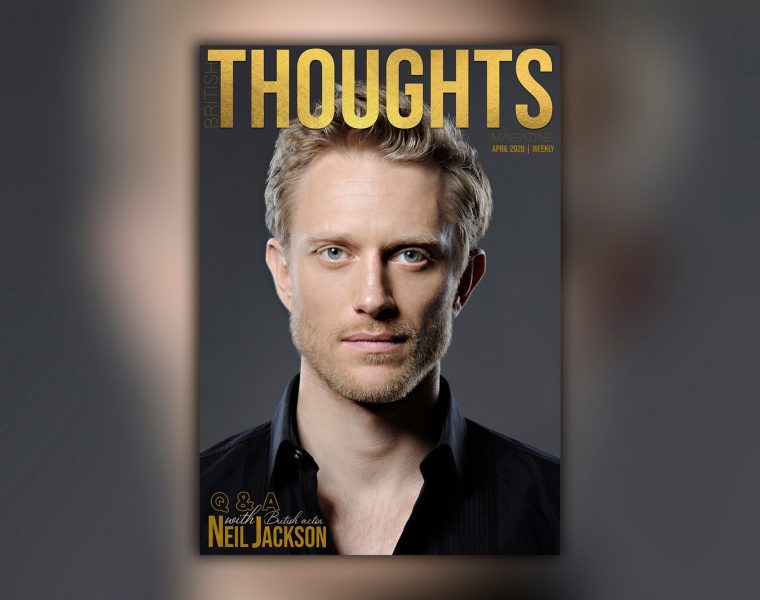 One of the Most Hard Working Actors

Neil has the distinction of juggling two series simultaneously.  He’s just wrapped a key role in DC Universe’s STARGIRL (May 11th Series Premiere), and immediately transitioned into Season 3 of Amazon’s acclaimed crime thriller, ABSENTIA (June ’20 Season Premiere).  Also on the horizon is THE KING’S MAN film prequel (September 18th). He’s made quite an impact on the big screen, having worked with such acclaimed filmmakers as Robert Zemeckis on WELCOME TO MARWEN, Oliver Stone as ‘Perdiccas’ in ALEXANDER, Woody Allen in YOU WILL MEET A TALL DARK STRANGER, and with Tom Ford’s NOCTURNAL ANIMALS opposite Amy Adams.  Other memorable film credits include his role as ‘Mr. Slate’ in 007’s QUANTAM OF SOLACE, PUSH with Chris Evans and Dakota Fanning, and BREAKFAST ON PLUTO with Cillian Murphy.  Jackson has also enjoyed some success as a writer, having penned THE PASSAGE in which he also starred alongside Stephen Dorff, as well as the shorts, OFF RAMP, about a homeless war veteran, which he also directed, and PERFECT PAIR, about a  sock-puppet searching for love using a dating site of the same name. 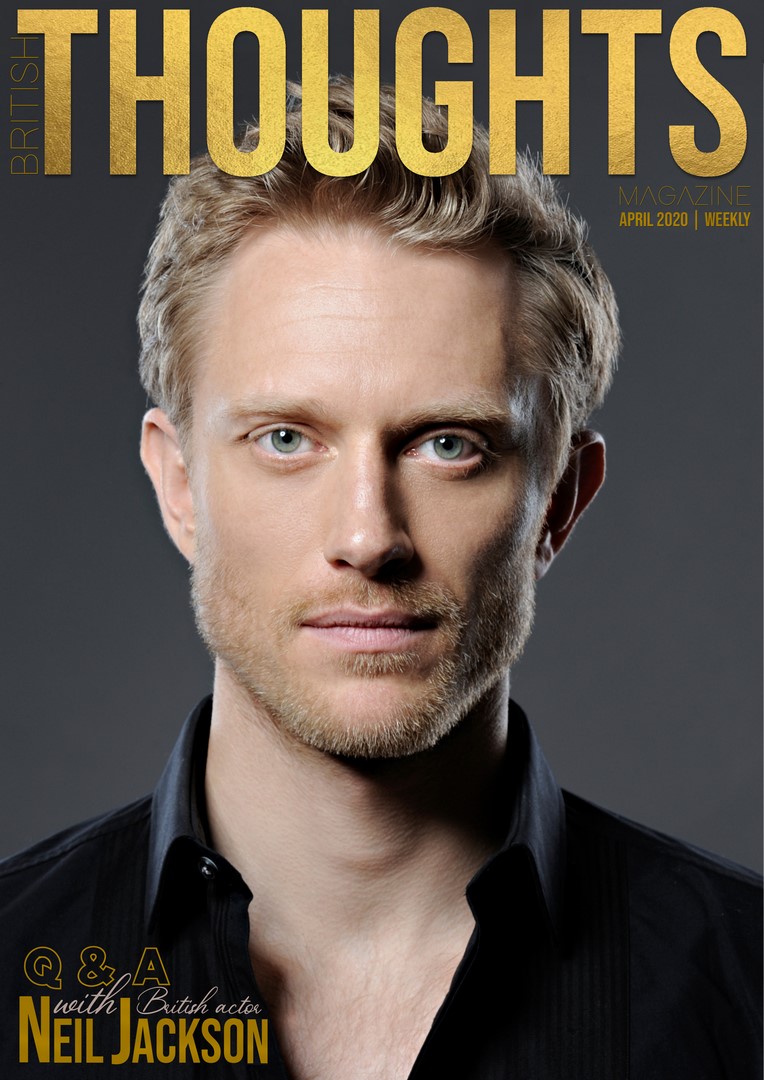 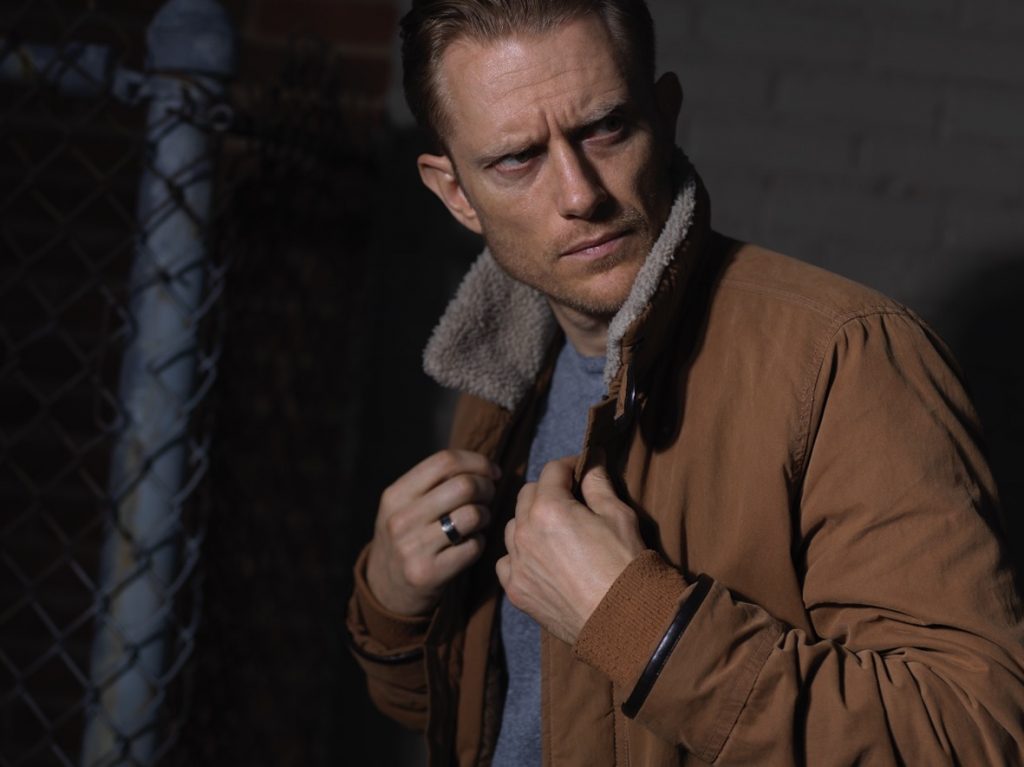 When not acting, writing, and producing, Jackson often pursues his other passion, music; and recently released his debut album, “The Little Things” which he also penned.

What made you want to be an actor?
I was 22 and living in Cardiff, where I was studying for my Masters in Sports Science. I was working on the door in some pretty rough clubs 3 – 4 nights per week, training boxing 5 nights a week and competing as a fighter every month or so. I was always a very creative kid, but my world had very quickly become quite aggressive and violent and I was simply not happy. I remember having this feeling of dis-ease, that my life had veered in a direction I didn’t really want it to go. I tried to remember when I last felt truly happy and it was when I was 16 – 18 and studying drama for my A-levels. I would perform in numerous school plays and musicals and that sense of joy made me realize how off-course my life had gone. The only problem was, I had no idea how to course correct. I didn’t know anyone who was an actor or even in the entertainment industry and so I decided to write a project for myself. My aim was to somehow finance and produce this project so that agents and industry people could see me in it and that would be the start of my career. What ended up happening was a producer called Michael Armstrong heard about the project I had written and asked to see a prepared read-through. A friend in London helped me gather 5 undergraduate actors together in a church hall and we performed the script for him. Afterwards he asked why I had written it and I said, “to become an actor.” Unbenownst to me at the time, Michael had been an acting teacher at RADA for many years and had since created his own part time acting class.  Michael offered me a scholarship to his class and I was able to accelerate the completion of my Masters so I could enroll in his class that summer. 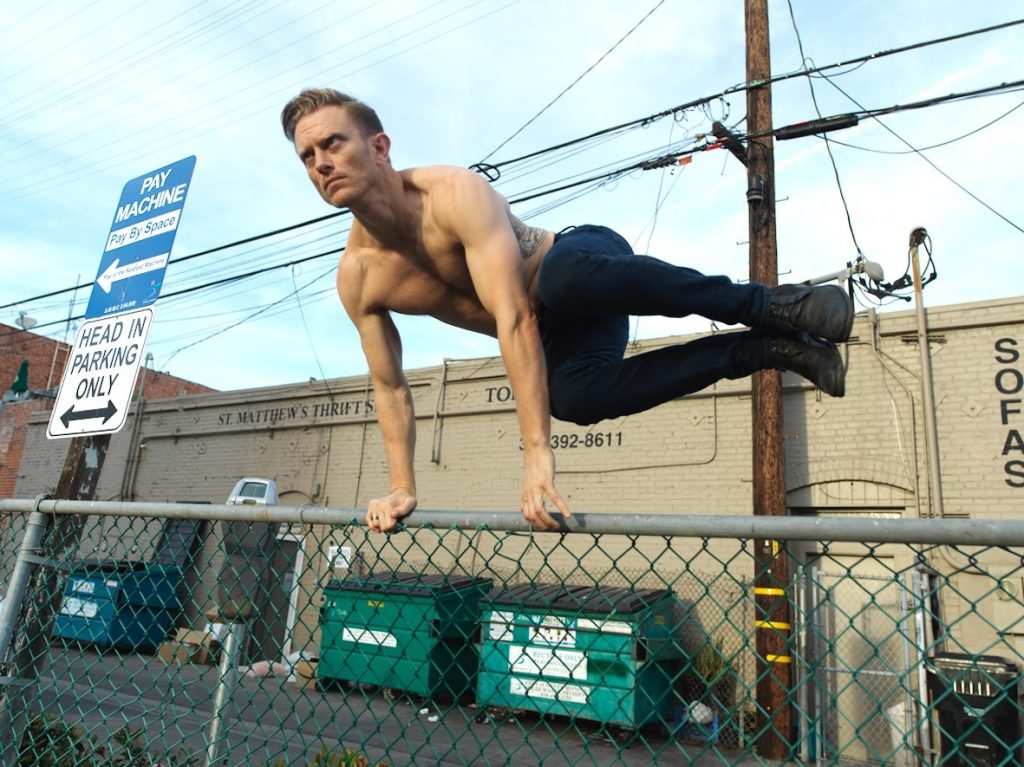 What do you usually do to prep yourself for an acting role?
Obviously it depends on the requirements of each role, but, for me, it’s about understanding the character emotionally so that I can empathize with him and what he’s going through. I sometimes write my own backstory for the character to reverse engineer my approach to discover his motivations. For example, in “Sleepy Hollow,” I was to play ‘Marcus Van Brunt,’ a man who was killed and then resurrected as one of the horse-men of the apocalypse to bring about the end of days. It’s easy to simply play that character with hate and anger, but I wanted to understand that anger. Marcus was betrayed by his best friend, who had an affair with his fiancé. He was then killed and immortalized, all against his will. I decided that his anger came from a deep rooted sense of injustice and that, though perceivably evil, he was self-justified in seeking vengeance upon his cruelty. This helped me to find other layers and nuances to his emotions other than just playing those broad stroke feelings.

Is there a particular role you would want to play in the future?
I would love to play a character like Bond, but one who looks deeper into his psychological background, dealing with the rage, isolation and PTSD that drives him to do the things he does. James Bond goes to therapy. 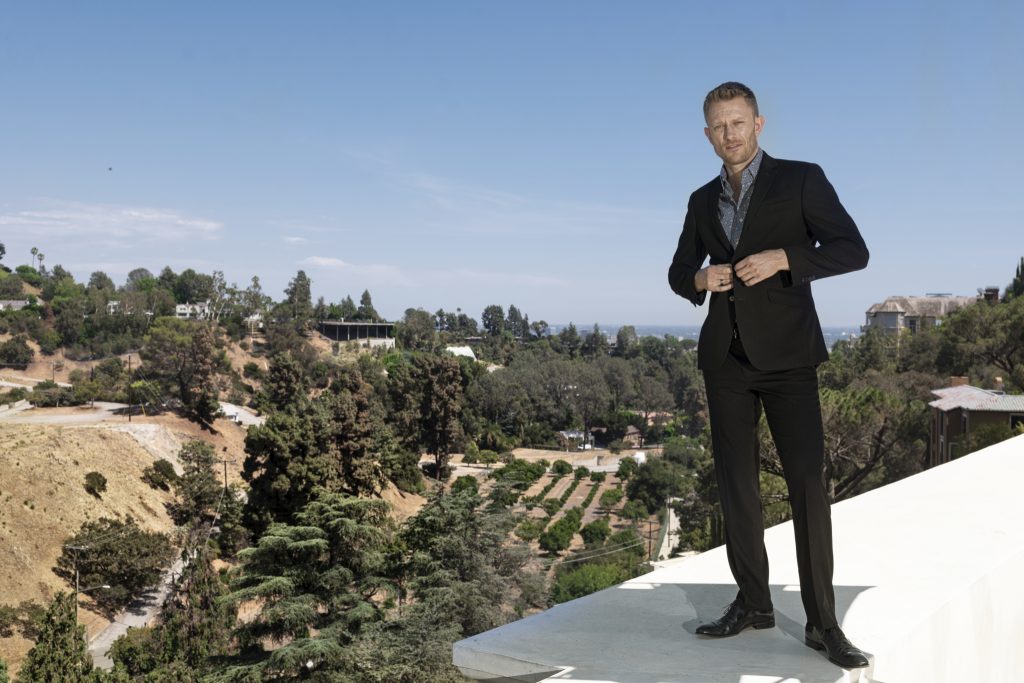 What was your first audition like?
I honestly can’t remember my first audition, but I do remember the first audition I booked. It was for a guest star role on the Sunday night British TV show “Heartbeat.” The character was a northern boxer, so I worked on a Yorkshire accent and went into the audition maintaining that accent throughout. After we completed the audition I chatted with the casting director and director of the episode, still speaking the whole time with a Yorkshire accent. Then they asked me where I was from. I said, “Luton.” “Then what’s with the accent?” they asked. Oops. I lied and told them that I lived with a guy from Yorkshire and had picked up his accent over the years. It was a cringeworthy response, but I booked the job anyway.

What can you tell us about your role in The King’s Man?  DC’s Stargirl?
Sadly, I can’t say too much about either role, but In “The King’s Man” I play a character called ‘Captain Forrest.’ The casting breakdown reads – Captain in the British army. Unfalteringly brave, and with an air of cool that induces confidence, despite the serious danger of the task ahead. He’s also strong and very effective in hand-to-hand combat.

For “Stargirl,” the character I play is ‘Jordan Markhent.’ He’s a man who is hell-bent on forcibly changing the world for the better. He’s a wonderfully nuanced character and also wears some pretty snazzy suits!

How did you start out with writing?
Well, I started as means to get into acting, but I have always had a love for stories and storytelling. I love acting, but acting is one piece in a far larger machine. When I act on set I am acting out someone else’s vision, saying someone else’s dialogue and telling someone else’s story. I love it, but I definitely feel a deeper creative satisfaction when I’m crafting and telling my own stories. The natural extension to that is directing. Having directed a couple of short films, I will be directing my first feature in the next year from a script I have written. Just the thought of calling action on that first day sends shivers of excitement and fear through my body. I cannot wait. 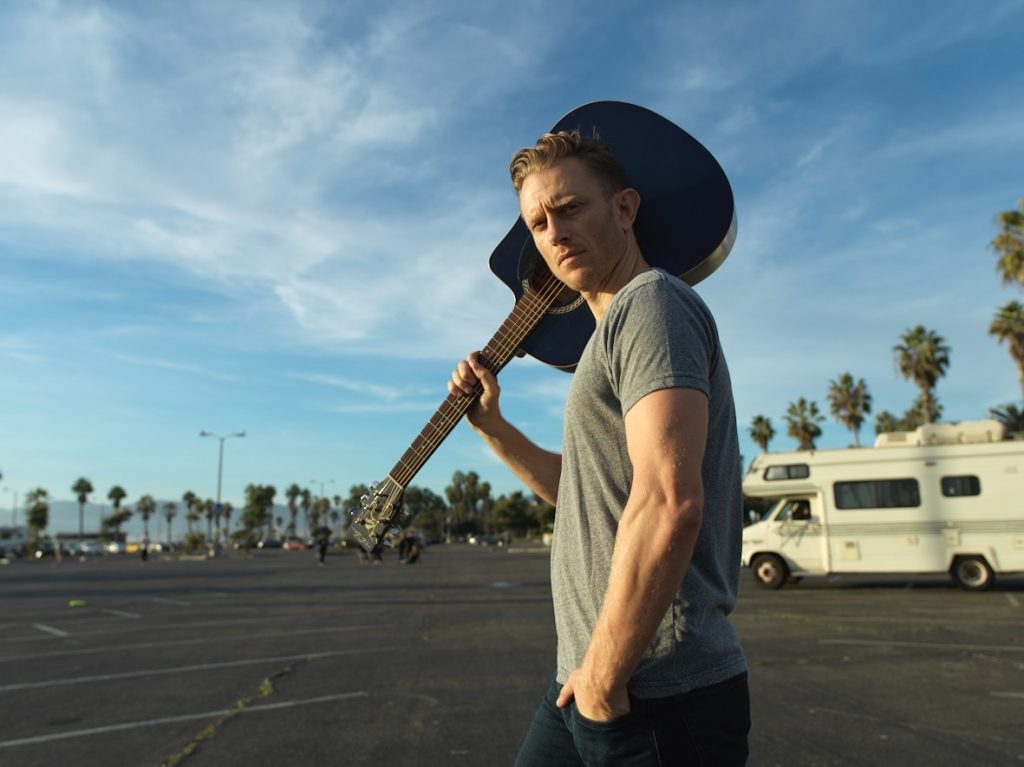 Who would you say inspired you to write?
My mentor, Michael Armstrong, really gave me a love of writing and the craft. We would sit and watch old movies by Joseph Mankiewicz or John Ford or Eisenstein or Hitchcock, and then breakdown what the writer did to achieve the effect on the page that translated to screen. To this day, Michael is the first person I send a script I have written to for notes

As a writer, how do you usually deal with writer’s block?
I have found numerous ways to combat that over the years. The first thing I do is always have more than one project going at any one time. If I find myself losing motivation or inspiration on one script, I will switch to the next. This sort of cleanses my creative pallet and also gives me a level of objectivity when I return to that first project days or weeks later. The other thing I do is always complete a day’s writing with a clear idea of where I’m picking up from and what I will write next. That means I am never left with that fear of the blank page, rather I just pick straight up from where I left off. That may mean stopping a little short on scenes or moments that I want to write, and, instead, leaving myself key points that I want to achieve so that I have a clear task to pick up when I return to it the next day.

Would you ever consider writing a novel? And if so, what genre would you delve into?
Before I started writing scripts for TV and film, I tried my hand at novel writing. I wrote two full novels, both very different in style and genre. The first was a social horror (that I may one day adapt into a feature film). The second was a more esoteric story about a coma victim and the thoughts that persist within his head. They were both wonderful exercises in writing and I learned a lot from the process – namely that my passion is in scripts more than prose 🙂

What advice would you give to aspiring actors and writers?
If you want to act, then find every opportunity you can to act without any expectation upon the outcome. If you want to write, then find every opportunity to write and craft stores. The misnomer is that an artist needs to be inspired; that we wait around for these waves of inspiration to carry us into artistic expression. The truth is that writing is hard. Ideas are fun. Ideas are exciting, but the mechanics of crafting that idea into something tangible and complete can be an infuriating struggle. However, there is no remedy for this other than to simply do it. As Tchaikovsky said, “Inspiration is a guest that does not willingly visit the lazy,” or as Picasso put it, “Inspiration exists, but it has to find you working.”