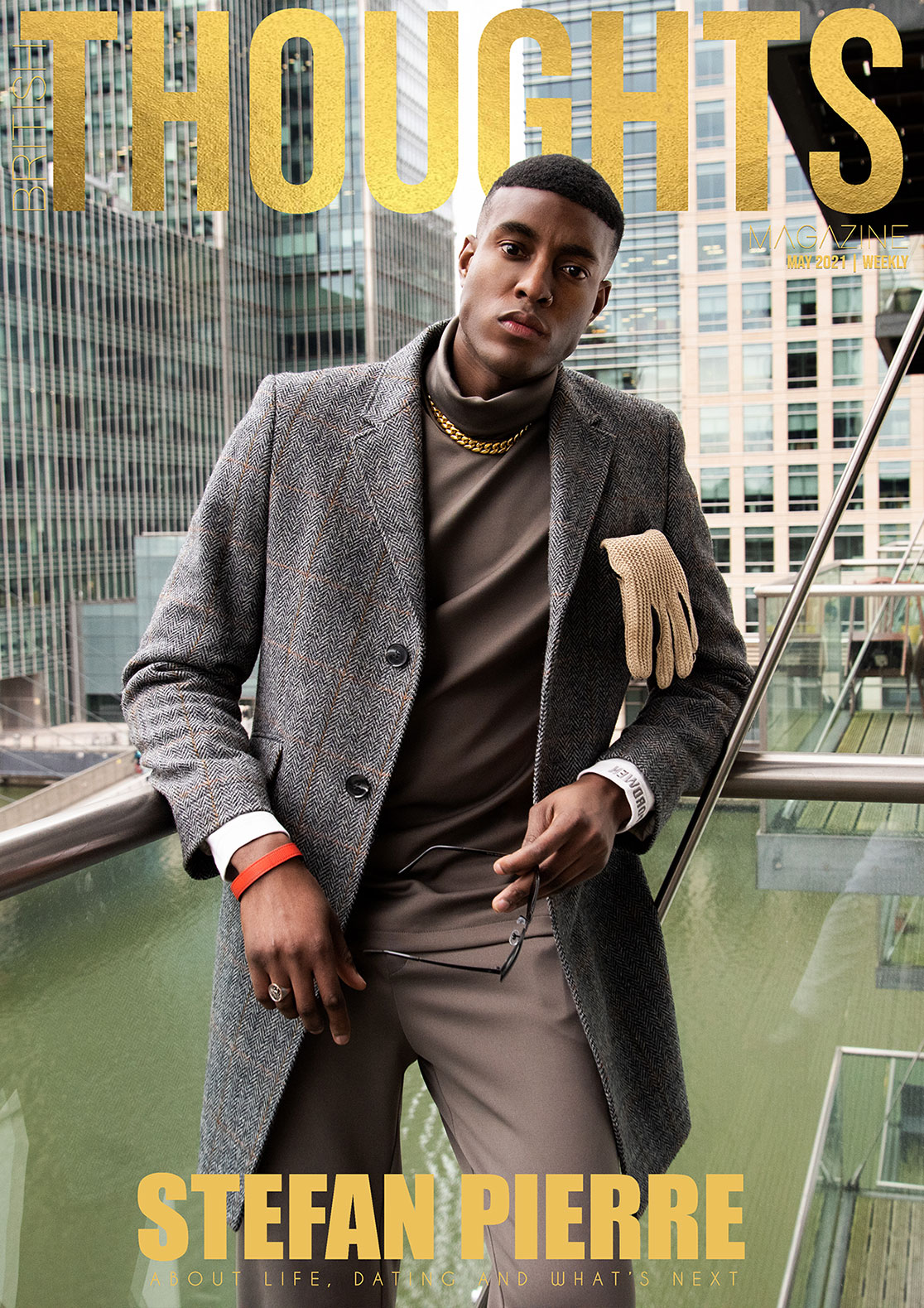 “At some point back in 2017, everyone has heard of “Mr. Tinder”,  Shockingly yes, there is such an accolade, and that was bestowed on model and aviation enthusiast, Stefan-Pierre Tomlin. The budding model broke the record for being one of the most swiped men on Tinder, representing the UK with 14,500 right swipes.”

But despite what some say would be a disputatious title, Stefan-Pierre is careful and chooses who he wants to meet like any other person. For him, this title bolstered his modeling career and moved forward to landing high-end gigs with Boohoo, Versace, Dsquared, and even a place on Ridley Scott’s acclaimed Hennessy Odyssey. Before the fame, Stefan grew up as a starkly independent child which later led to his sheer will and determination to achieve his dreams, whether it’s in the aviation field, financial technology, and acting, proving that there is no limit to what you can achieve as an individual.

While Stefan may no longer be on Tinder because he is in a relationship now, he still displays that unwetted ambition to grow as a strong individual branching out to various fields, one of his most recent endeavors, his first single called “Girls Go Mad” out on May 6, 2021, showcases his diverse talents, not only as a businessman but as a creative entrepreneur who proves that there is more to him than what meets the eye.

We at British Thoughts sit down with Stefan-Pierre himself as we get his thoughts on his future aspirations, influences, and how he is moving forward with his life in the near future.

As a jack of all trades, could you tell us what were your early career aspirations like growing up?

Growing up, I was a very independent kid, my mum would work her socks off to ensure that there was food on the table, so I learned how to clean, cook, and had a dream to be in aviation. I would have all the flying simulator software on my pc I would go to Air scouts and then Air cadets I would so much time in front of my pc, virtually flying over the Atlantic. My dream revolved around being a pilot. To achieve this dream, I decided to work from the age of 14 and save up every penny on flying lessons but it wasn’t always smooth sailing.

Who are the biggest inspirations you have in your life and how did they influence you?

I have a very long list of inspirations in my life it would take ages to list and describe why however firstly my mother was a hard-working solid driven human being and this rubbed off on me, I was always taught to work hard for anything I needed. My Godparents as well, actually one of them is a  famous Arsenal player that grew up with my mum.

My boss Richard Mire works for Hamleys and he showed me the ropes in sales and made me a disruptive sales guy for years, making big numbers happen and I also appeared on tv shopping channels all around the world. Later on, a man called Christian Mansfield-Osborne came into my life and we became best friends, he is a  successful businessman, friend, and mentor. Just to name a few.

How has growing up being raised by a single mum affected your upbringing?

Growing up, having been raised by a single mum is interesting.  I was mostly lonely growing up as I didn’t live with any siblings who were close to my age. However, I have a big sister that was amazing and was an adult figure to me growing up. I suppose it made me very independent but I always looked for a lot of socialization because I didn’t really have that when I was younger and becoming a public figure/model gave me the attention I didn’t have before.

Now, you were named Mr. Tinder back in 2017 for being the most swiped man in the United Kingdom, how did you get that accolade? And how has that affected your personal life?

So back in 2017, I got the accolade, Mr. Tinder, I still think I was very lucky and grateful. I still think the result of this accolade came from being a public figure. I always thought it was because I was recognizable, especially when I was traveling around.  It probably had a high swipe advantage because maybe there were several people who knew of me. When this happened, it was unreal my modeling career boosted by 10x. As a result,  I was appearing on morning shows, radio, and news articles worldwide, I felt like I have a friend in every corner of the world which is special to me.

When it comes to navigating the online dating realm, what is the best advice you can give to anyone who is wanting to find true love, especially in the world we live in now?

My best advice for finding love online would be to be yourself and be specific. The best thing about online dating is you can be specific i.e what age they are where they live and what they do for a living, so define your search.

Career-wise, you’ve been in the modeling industry, reality tv, and now owning your own digital agency, what other industries are you hoping to break into for the future?

I have my hand and fingers dipped in a lot of pies hah literally however they seem to be going well for me, going forward I will continue to do what I enjoy. I have recorded a song called ‘Girls go Mad’ which is centered around the UK garage scene and would hopefully be out by early April or  June. I also got into acting, so hopefully, you can catch me on the big screen in the near future.

During the pandemic, how have you been keeping busy and mentally fit?

During the pandemic,  I have become busier than ever. I’ve finally started obtaining my commercial pilot’s license, which means a lot of my spare time goes to studying. If or when the weather is good I get to fly. I’ve also ventured out to fin-tech,   working on a new startup Called ‘Billa’ which is an app for the new way of dining during these uncertain times, one of the main features is we use AR (Augmented Reality) so you are able to see your meal before you buy it. Testing will take place in Medium to high-end restaurants in Mayfair starting April. And physically, I have gym equipment in the apartment so regularly working out in combination with eating healthy has been in major practice.

What is the best advice you can give to anyone who is struggling now?

My best advice to anyone struggling is to focus on what makes you happy, get new friends research on what you like. Join online dating apps even if it’s to talk and explore new people. Don’t be so hard on yourself and stay safe and healthy.

For more on Stefan and his first single, Check out his new song ” Girls Go Mad” via https://slinky.to/GirlsGoMad out on May 6, 2021.  Follow him on Instagram (@itsstefan)