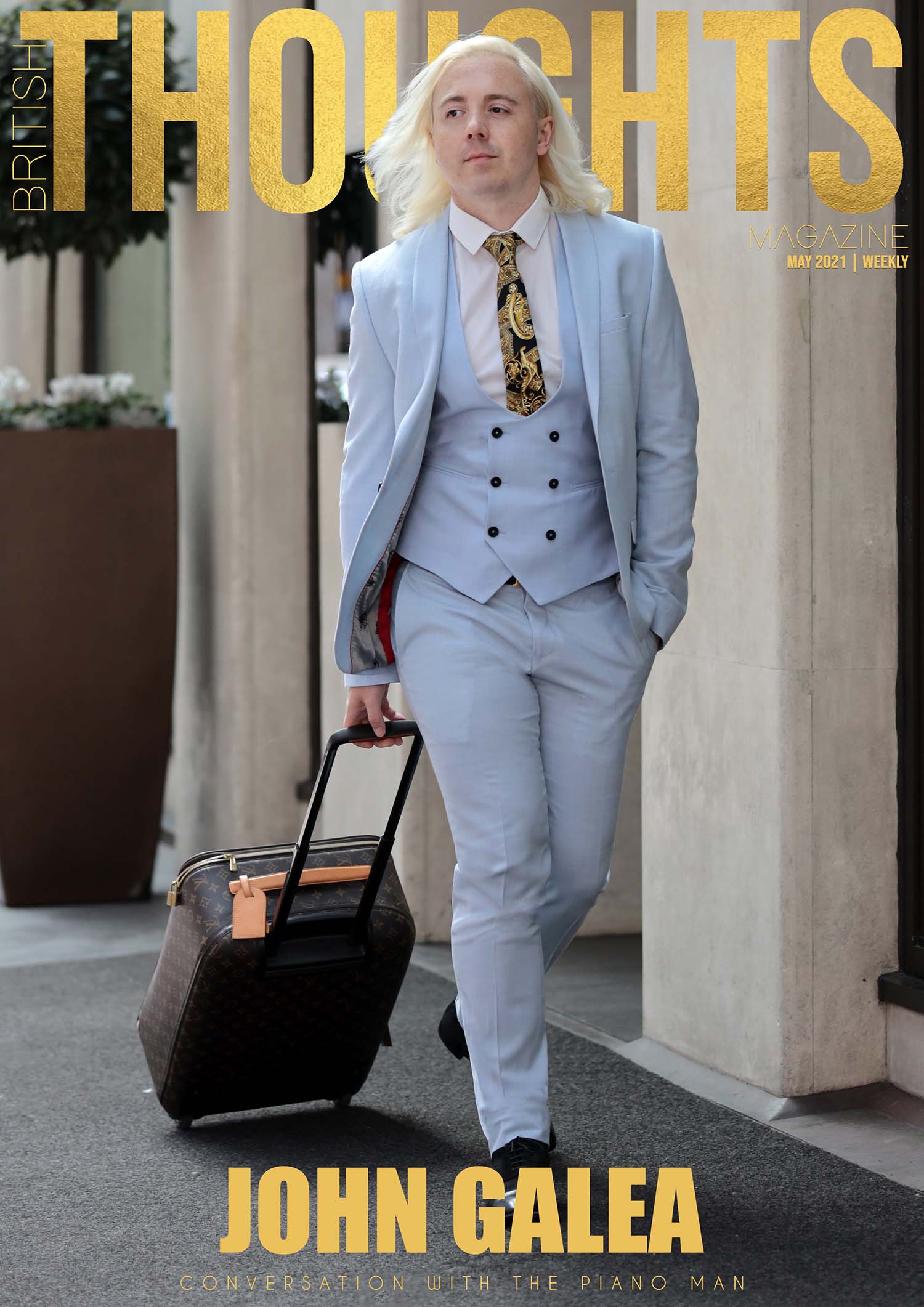 Award-winning independent singer/songwriter John Galea’s rise to musical fame has been a profound journey of hard work and belief in oneself. Being musically inclined from such a young age, John’s artistic and stylistic musings come from the heart. Citing Mariah Carey, The BeeGees, and Luther Vandross as his main inspirations, he has strived to work hard to be one of the best.

His will and determination helped propel him to work with one of the most well-known producers in the industry, Darkchild, a.k.a, Rodney Jerkins, the man behind Destiny’s Child’s top-charting hits, and Brandy’s soulful RnB renditions.

This has led to a stream of successful forays for John, winning the UK National Songwriting Contest with one of his moving tracks, “I Am Not An Angel”. After earning recognition as one of the best upcoming singers in the field, John has been supporting big UK acts such as McFly, while playing on the main stages of London’s revered musical venues and belting out his hit tunes at Birmingham Pride.

Now with chart-topping singles such as “Honesty” and “When You Love Someone”, The Piano Man, John Galea, entered the pandemic years with an uplifting, classical, and heart-melting single called “Hero Within You” which has one message for all and that is love.

Here, at British Thoughts Magazine, we caught up with the Piano Man himself, John Galea, as we chat about music, love, life, and what’s the first thing he’s going to do once lockdown is over and done with.

1) When was the first time the singing & entertainment bug got to you? Do you remember the magical moment when you thought ‘I’m going to make a career out of this’?

Around the age of eight, I started to write simple songs and sing wherever I could around anyone, especially on camera. Growing up, I listened to all types of music from country to pop on my mum’s old vinyl player. I remember watching Mariah Carey sing on TV and being blown away about how great she was & so when my Dad brought home a second-hand electric organ, I started to take things more seriously. It was a big deal in our household that we had access to a keyboard.

The fact that I was the only one in my whole family who was interested in playing & writing music was special. So, I started classical music & drama lessons for what we could afford at the time & it was tough, my mum didn’t work and we were very dependent on my Dad’s income for support. But both of my parents gave me the heart and strength to do anything that I wanted.

2) How would you describe your singing style and who are the people that influenced you to be the artist you are today?

My singing and songwriting style comes from the heart. Real, honest music is something I aspire to create whenever I can and I do hope the listeners to my tracks get that. So many artists have influenced me growing up from great Singers/Songwriter/Producers like Luther Vandross, Mariah Carey, The Bee Gees, but also the other songwriters people might not know like Diane Warren or Max Martin. I was very lucky to be able to meet and work in New York with one of my musical idols growing up DarkChild AKA – Rodney Jerkins who’s written for legends like Brandy, Destiny’s Child, Whitney Houston, you name it – to be able to get his feedback & get a glimpse into his working world was truly inspiring.

I don’t know, I’m guessing because I play the piano & wear piano suits and the current thread of my music is heavily piano-based.  ‘Notes From My Piano’, ‘Playing Me Like A Piano’ are examples of my tracks. I think a media outlet published a story calling me it and it stuck – and now exclusively I can reveal I have a new song called ‘Mr. Piano Man’ coming so I guess it’s here to stay.

4)  Going back in time, what was the first song you ever wrote, and what was it about?

I wrote my first song at 8 years old and I still have it on cassette tape with a bunch of others,  and it was called ‘On My Own’ and it was about breaking up. The first decent piano type track I wrote when I was 12 years old and called “How Does It Feel To Be In Love” and which was melodically complex and looking back, it’s great to see the development of melody and lyrics.

5) When you wrote ‘Honesty’ what were the emotions and message you were trying to convey to the listener?

Honesty is all about needing to be completely open & truthfully in a relationship. Truth & honesty for me are concrete fundamentals & this track tells that, but also how things change and that no one is perfect. ‘ Time can change an innocent soul’ is one of the lyrics. I remember writing the chorus and first verse and taking it to a session I had with the brilliant Singer/Songwriter Frankmusik and we worked on it and built this track which felt very special.

6) What was the creative process of “Hero Within You” & “When You Truly Love Someone”?

‘Hero Within You’ I knew needed to be a duet, the melody & modulations felt epic and I wondered who would be best on the track. I thought a soul artist could work well, and then I remember having a magic moment, thinking let’s do a Classical Crossover. My management came up with some household names, but I immediately thought of my friend, Hannah Long, she is a talented Soprano who never released anything before but she has an amazing voice & unparalleled talent so we got into the studio, she nailed her part very quickly and the track was done. To dedicate it to the NHS as well and have it top the iTunes Chart was something truly special and to share that with a close friend was even nicer.

“When You Truly Love Someone” again was a track I wrote and recorded with the very talented producer Oscar Lo Brutto, who said it felt special & he was right – so we released it in 2016 and now it’s probably the song I’m most known for.

7) In regards to that, what is your creative process like? How do you keep your flow going despite the overall mood of 2020 & 2021?

The COVID-19 period and lockdown have been so tough for so many people, including musicians & performers especially when mental health has been affected. Song-writing was therapeutic for when I was down or frustrated, I took to my White Grand Piano I have at home or made a TikTok session. Music has saved me mentally in the past and certainly has helped over this period – I have now well over 2 albums worth of material to sort out so that’s been very productive. Creating a song starts differently every time and also writing with or for other people changes that too. A piano riff or a title or a feeling can start the songwriting journey.

8) How do you think the future of the music and entertainment industry will pan out? Now, that we’re coming out of lockdown?

It’s going to be different for sure. A lot of gigs and livelihoods sadly have been affected by it but one thing is sure, music will always be needed. It’s just a matter of time and business to ensure that the songwriters, producers, and artists are fully supported moving forward, which at the moment with royalties streaming, isn’t working and that needs to change especially for the next generation of artists. I do think it will take a year or so to get back to festivals, tours, etc that we once knew but I think we are on the right road

9) Lastly, what would be the first thing you would do once everything is fully open?

Well, I’m getting my hair cut short, so that’s exciting. It feels like I’m putting my lockdown hair look to bed for good now since it’s very long. One of the things I’m looking forward to is traveling again. I do miss seeing the world – there’s nothing like soaking up different cultures and vibes, incorporating them into your songwriting. 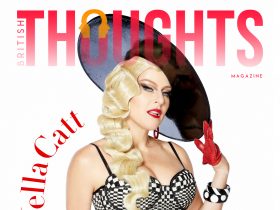 Eclectic, Bold, and Powerful: Yellacatt Is Set to Dominate the Music Industry with Her Latest Single, ‘ The Show’ 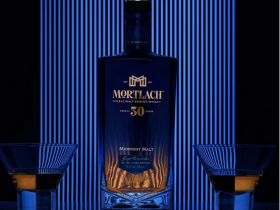