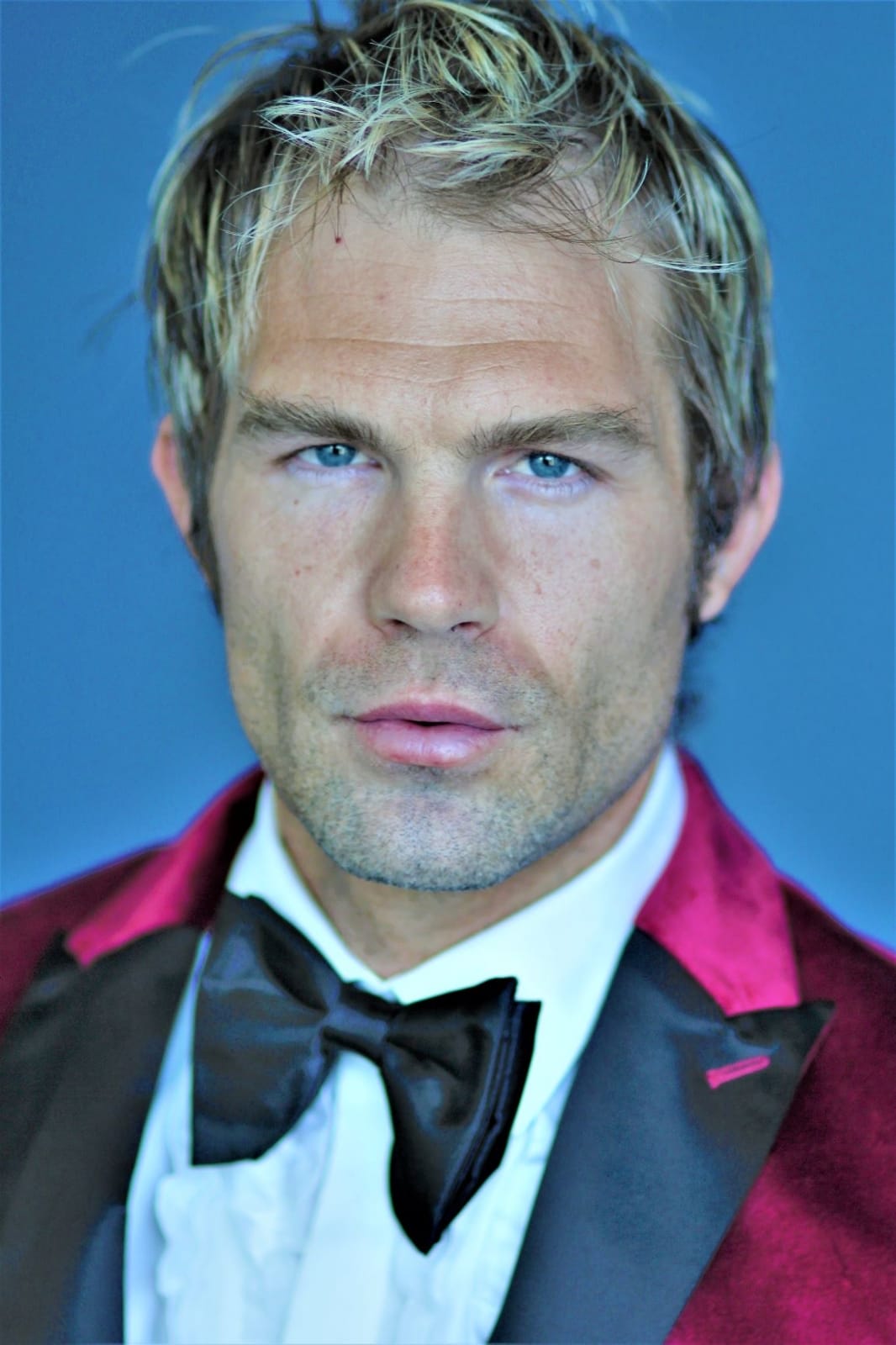 Ambassador Keith Kirkwood is not one of those typical, heavily droll public officials we see clambering from office to public chambers. He is young, vibrant, and one of the most energetic faces that the United States political pool has seen in quite some time. And guess what? He’s doing a whole world of good with his NGO, The Gift Global Initiative.

Under his leadership, Gift was conceived with one goal in mind: to help the disadvantaged and vulnerable families who are located in some of the developing countries around the world.

As the superman of humanitarian aid, his pursuits on goodwill missions tailored to benefit children and women in need has cemented his footing in the world of human rights advocacy as one of the golden boys with a heart, who does a lot without asking for anything back, a feat that is rare in this day and age.

Known as California’s Kennedy, his zeal and passion for politics led him to use his influence to start other initiatives that seek to stop the destruction that sex trafficking brings to youth, coming from a sporting background he has innovatively created several events such as Soccer for Solar which was fun for the kids but also highlighted the impact of sporadic electricity on small villages. As a diplomat, his skillset is valued for fostering peaceful relations with the Middle – East, and Africa as an envoy for the United States Government.The saying “ beauty is skin deep” resonates greatly with his personality as Amb. Keith proves that massive amounts of grace and tremendous goodwill evoke a genuinely visionary character of being.
We, at British Thoughts, sit down with the trail-blazing hero of Human Rights, Amb. Keith Kirkwood.

Let’s talk about how it all began. When did you decide to transition from world-class athlete to humanitarian hero? How did it happen?

Okay, so let’s open it up with how it started. A few years ago I ran and was elected for Los Angeles city office.  It didn’t take too long for me to realize that running a government office like an entrepreneur would be a challenge.  Bureaucracy weighs heavy. The phrase too many cooks in the kitchen comes to my mind when I think of democratic government institutions. Real change and grassroots help doesn’t come from the government. Manna and I were already visiting Mexico at that point to help children and families by the southern border through empowerment programs. As the word started spreading about our frequent visits and work down in the slums of Tijuana, creating a structure became a necessity to expand our work. We both knew there was a potential to make real change if we focused our efforts on prevention and empowerment rather than on handouts and freebies  Manna and I formed a Humanitarian Organization Gift Global Initiative that would allow us to expand these social impactive initiatives around the world by engaging volunteers and harnessing the power of Public-Private partnerships.

From your perspective, what is the number one quality that we, as humans, lack?

Mindfulness in Giving. People assume that if an organization is large and has a bigger marketing budget, they are a better safer bet to donate to. In our 15 years of experience running Humanitarian organizations, I can guarantee you that there are incredibly effective smaller Non-Profit Organizations that do more impactful work and donors get a better return for their contributions. Smaller Non Profits typically have fewer overheads and spend more on programs and services.

Veering off from that, as a diplomat what are your thoughts on the current pandemic, and what can the global community do to work together while there isn’t a full distribution of vaccinations yet?

As a global community, we can share more. If you are fortunate enough to donate a small amount from your monthly paycheck to a family that survives on less than $1 a day, there has never been a better time to do that than today. I can share what we are doing with one of our job-creating programs, Gift Global Initiative Works (GGI WORKS). As the pandemic started we were in the midst of our world social impact tour in South Africa.  On returning to the US, we started receiving health mandates and knew many of the communities we work in would not have access to government aid. These areas will see a total meltdown of economic opportunities, jobs, and leave alone face coverings, antibacterial supplies, they won’t even have access to food.  With that being said we put together emergency aid with care packages, food, and anti-bacterial supplies, sent sewing machines and fabrics for them to make face masks, winter jackets, and more.  We realigned our programs to fit the need of the moment which was mostly transitional aid for these families, food for their children, and jobs for the single mothers and young mothers who were supporting their children in absence of a father.

About GGI ( Gift Global Initiative) could you tell us more about how the organization has adapted to the current times? Especially during the recent roll-out of aid missions?

A big piece of advice I would say to anyone running a business is being able to pivot when needed. We realigned and reallocated funds into the need of the moment which was transitional aid and job-creating initiatives. Obviously, we couldn’t do our “Sports for Solar” initiative during Covid, so we focused on what was needed to give people protection against COVID-19.  We have been able to do all the logistics from our headquarters here in Los Angeles, CA.   This has been a very seamless transition which I credit to the fact that before Gift Global Initiative starts programs we make site visits. We spend a considerable amount of time and energy in developing and building a team of community volunteers, who will take the lead in our absence. Volunteers are the lifeblood of this organization. They manage every little aspect of humanitarian work from receiving shipments, surveying families, running initiatives and distribution of aid, etc.  The more you expand, the more important it becomes to establish a trustworthy volunteer network that are passionate about the cause and mission of GIFT.

Out of all the core activities that the Initiative has done (Sports for Solar, Pop-up Schools, and Fairs )  which do you feel most strongly about?

Everything we do is to empower, to help create independence and stability in the areas we work in. We always say we provide a hand up not a handout. So whether it be “Sports for Solar” which is our diplomacy peace through sports Initiative which brings countries together through sports to promote clean energy, athleticism, and unity between countries, or GGI Works which is investing in areas that are below the poverty line to create jobs with the entrepreneur spirit in mind, what we feel strongest about more than a particular program is the overall objective which is about giving people an opportunity to succeed rather than just give them enough to survive.

With you being such a passionate sportsman, Do you think that it is a must for successful and renowned athletes to use their platforms in combating social issues?

Absolutely, if they are passionate about it. There a lot of decoy humanitarians out there, who don’t put the work in but show up for photo Opportunities or good PR.  Many people watch the news to get information rather than go out and experience the news for themselves because in many cases there are sharp contrasts. So when you stand for something make sure you are educated from your own experiences and not from other’s version of the situation.

One of your programs, GGI works has been effective in equipping women with the necessary skillset to make a living; would you say that you’re in full support of gender-pay equality?

Yes, I don’t like labels, I believe in equal pay for equal talent.  In my life, I see people, not religion, color, race, or sex.

Are there any upcoming events and projects that GGI has for this year that we should keep an eye on?

We will be heading to The Middle East soon, and are laying the schedule for a 2nd half year to the “Sports for Solar” world tour.  Last year we did a lot of “Soccer for Solar” events and this year we are thrilled to have tennis star Nick Kyrgios join us on this program as well as Babolat who has been a great sponsor supplying tennis rackets when we do tennis events.

Where do you see the future of GGI’s social response heading?

In 2020 we had a few international trips one being to Beirut, Lebanon. After the 3rd largest explosion in history in Beirut, we were able to put together a plan and gather the needed medical supplies for the hospitals in Beirut.  Some items were even donated to us from companies like “Sleep & Beyond” who came by our office with hundreds of N95 masks and other safety supplies. The news cycle goes so fast and people forget about things such as the amount of work still needed in Beirut so well be back there with social initiatives along with South Africa, United Arab Emirates but we will have to wait a bit as I’m writing this as there is still a lot of uncertainty on where things stand with COVID travel.

Lastly, If you have any sage words of advice for anyone during these uncertain times, what would they be?

In multiple parts of the world, there are different things people are worried about in countries that don’t have a government support system to pay unemployment, they are really struggling and need creative ways to earn living during these lockdown times as they are literally without money to buy food.  In these situations, we have been able to supply them with emergency aid packages with food and covid protection kits.  For situations that aren’t as drastic as those, I would say this is a great time to focus on you. if the world slows down it can be a great time to find yourself, your goals, your health your family.