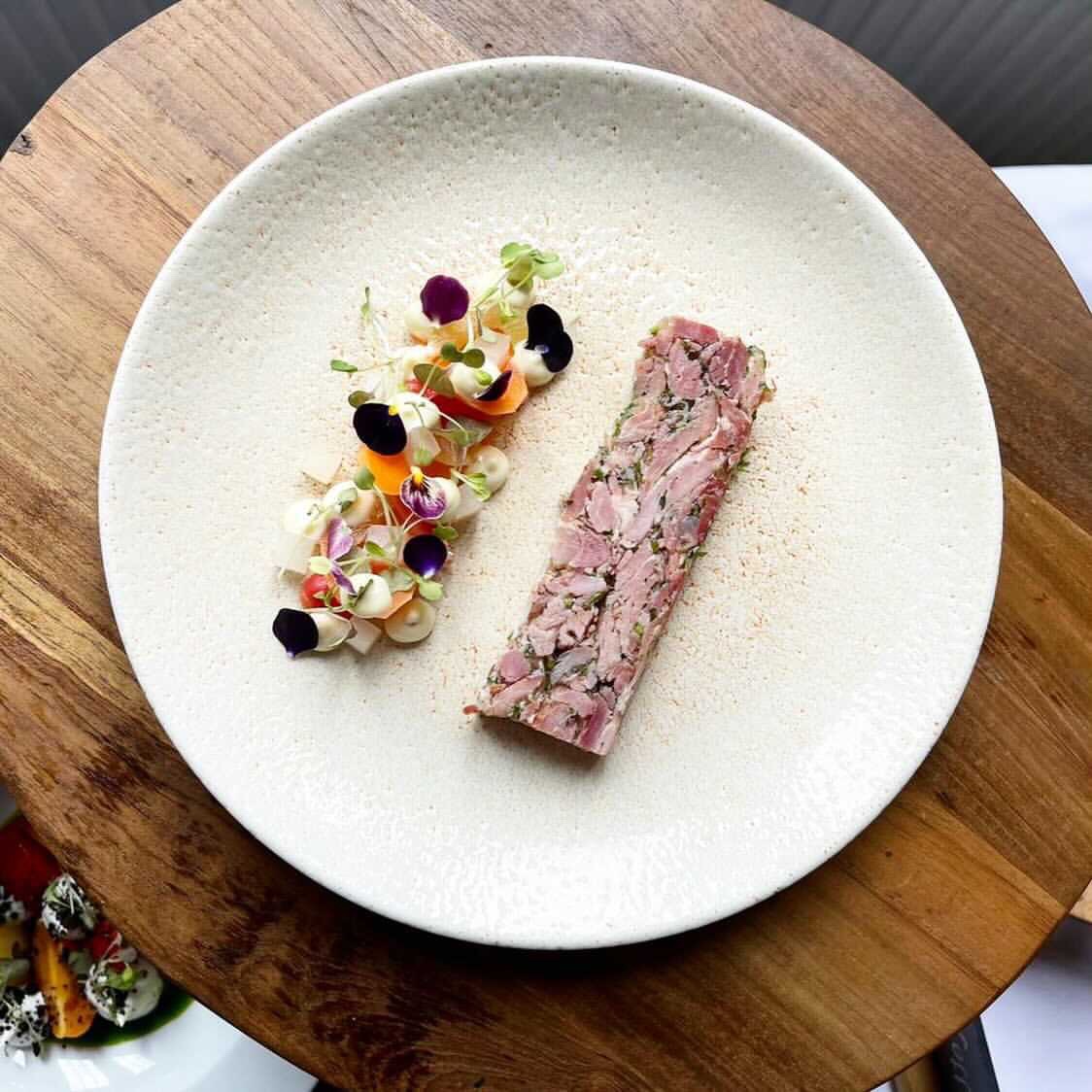 The past year and a half has served up an entirely different ballgame when it comes to the 360 transgressions that everyone went through. Each industry has experienced a massive turnaround that led to a series of changes, forcing almost everyone to adapt. From working at home, limited gigs, and furloughs.

These scenarios have dictated the flow of economic drawbacks that the preceding years of 2021 and onwards will experience, all unfortunately under the tight-knit regulations that are being dictated by the government.

The global hospitality industry is one of the plenty that has suffered the most with restaurants and hotels closing down for a foreseeable amount of time.

These aftereffects of the pandemic can still potentially halt basic operations as an expected surge of cases are about to grip each country as soon as the colder months come in. Right now, a lot of restaurants have closed while some still struggle to open with Covid-19 regulations in place.

With the rise of e-commerce delivery apps, concept restaurants, such as Michelin-starred environments often find themselves thinking of creative ways to entice customers to try their food for an exorbitant price. But will it become an integrated factor in their day-to-day operations?

Because even though the virus shows no signs of slowing down and it will be there for some time. It doesn’t mean restrictions will forever be in place.  Industry experts weigh in on how the new normal will be, as we transition into a new era.

According to Zagat’s Future of Dining Study, it has been shown that clients would be eager to experience dining at restaurants again, but there are a few concerns, one of them being about the health and safety regulations of each dining establishment. This would call for restaurants to be more transparent about their protocols regarding cleanliness. Bringing to mind the phrase “ Cleanliness is next to Godliness.”

But at the moment, there are two different sides to the spectrum, a telling tale that proves that we are all one in this experience, although we’re all coming at it from different angles.

Now that the world is slowly getting back on its feet, there’s still the matter of how fast everything will be, moving forward even though there’s that feeling of trepidation that things won’t really be the same.
With the Food and Beverage Industry of the UK, A majority of chefs have left the industry to work for more practical means of income.

Tom Lowe, one of the finalists for BBC One’s Masterchef: The Professionals UK 2019 has spoken about the floundering pitfalls that restaurants and service are going through right now. “ Right now, there are more chef jobs up for grabs than there are people working in restaurants.”

Right now, Tom is working for Holroyd Howe, a private catering firm that specialises in providing independent schools with innovative meals. Which is a new challenge that the budding chef has faced, like many others he has done what he could to adapt- offering specialist menus and take-home meals
.

It’s a far cry from how things used to be, According to Lowe;  16-hour working hours, which is the pure grit of working in fine-dining establishments for many hardcore chefs are rare now because of the harsh upheavals in the Food and Beverage Industry. Like many things, a lot of plans had to be put on hold for the foreseeable time, Tom’s dream of having his restaurant is now put in the hands of fate and careful timing. Starting from scratch and building from the ground up will be challenging yet it’s an undeniable prospect that could hit the ground running in a favorable manner.

On the other side of the spectrum, Ben Arnold,  the owner of  Spanish- Filipino fusion Cafe –  La Picara, and beloved Aussie favorite, St. Louis Cafe, feels that there will be more concepts that will eventually pop up in the future. “  Right now, there are cloud kitchens that are making waves and food pop-ups are becoming more commonplace than ever, but will it replace traditional dining concepts? No, it won’t. People will still want to dine out because we’ve been cooped up for so long.” Another issue that Arnold cites as a common occurrence for the next coming months is the continuous use of face-masks, especially since the vaccine roll-outs in various parts of the world aren’t as fast and would be stuck in the web of bureaucracy for some time. ” In the Philippines alone, eating out with family and friends is usually a standard go-to. Filipinos love being out and about, but of course, here. The reality is, until such a time that it feels safe, more normal. That’s when everyone will feel less on edge about interacting again.”

This, in fact, is a common belief among these industry experts who all believe that there will be throngs of people who will fill up covers and line up to eat. But this is not of course, without consequences, since the pandemic has affected everyone both in the economic and mental sense. Other underlying factors, such as supply and cost will have to be taken into account especially when you’re running a restaurant while everyone is in survival mode.
Keizo,  named as one of The Philippine Tatler’s very best, is a Japanese restaurant situated in the heart of Manila’s booming Financial District of BGC, which found itself sacrificing tremendous loss.

But has, later on, proved to earn massive gains in the long run and it came down to one simple formula: Adapt, Change, and Move On” Despite the inclement loss of steady supplies from Japan, Keiyo Muto and his brother found ways to retain the high-quality that they were known for while still aligning themselves with their goal and that is to be the best in serving authentic Japanese food in the Metro.
During the first quarter of the pandemic, Keiyo’s regular shipments from Japan suffered due to the lockdown restrictions in Manila, but in what could be said as a twist of fate, Keizo Manila’s operation and gains rose 20 – 30 % higher due to the number of people scouring the city for authentic Japanese cuisine, no matter what the cost. According to Muto, ” Not a lot of people actually knew about our restaurant, it’s a usual haunt for regulars who live around the area, we get a few VIPs around here, a few celebrities, but we don’t post about it because we want our customers to be comfortable. ”

” At first it was a trying situation for everyone, but with us, we managed to surprisingly rise above the initial hurdles of the pandemic. While yes, we did increase prices and may have lost a few customers along the way but we still managed to keep our regulars and high-value clientele coming. We even utilized eCommerce delivery apps to ensure that our customers would still get the best of Keizo even at home.”

But therein lies the question of how long will people start to feel comfortable again when it comes to fully immersing themselves in the world of freely being out and about. Even though the much-awaited vaccine rollouts are finally here. People have become comfortable with cooking for themselves, buying booze from the store, and having small togethers in the comforts of their abode.

It’s become a way of life for everyone, which is why Maverick Cootauco, a managing partner of Blanc & The Refuge Manila, both under-the-radar neighborhood bars that are considered hidden gems, think that there will be a significant rise in more homely cafes and pubs that focus more on providing excellent and personalised service that entices people to be “regulars” who come back for more than just good cocktails and food.

In the UK, this kind of culture was a commonplace occurrence until it was suddenly disrupted by the government regulations put in place— right now, with fewer restrictions on the horizon, it is up to the people to act after being in a certain routine for a long time.

Despite the number of cases that are still occurring on a daily basis, what has become clear to these three industry specialists is that life will have to go on at some point since there is no point in looking back, in fact, it all comes down to the push and shove into surviving. The ultimate long-term that can be collectively agreed upon is that there is a stringent need for two things: normalcy and consistency, especially when it comes to opening dealing with a new epoque.