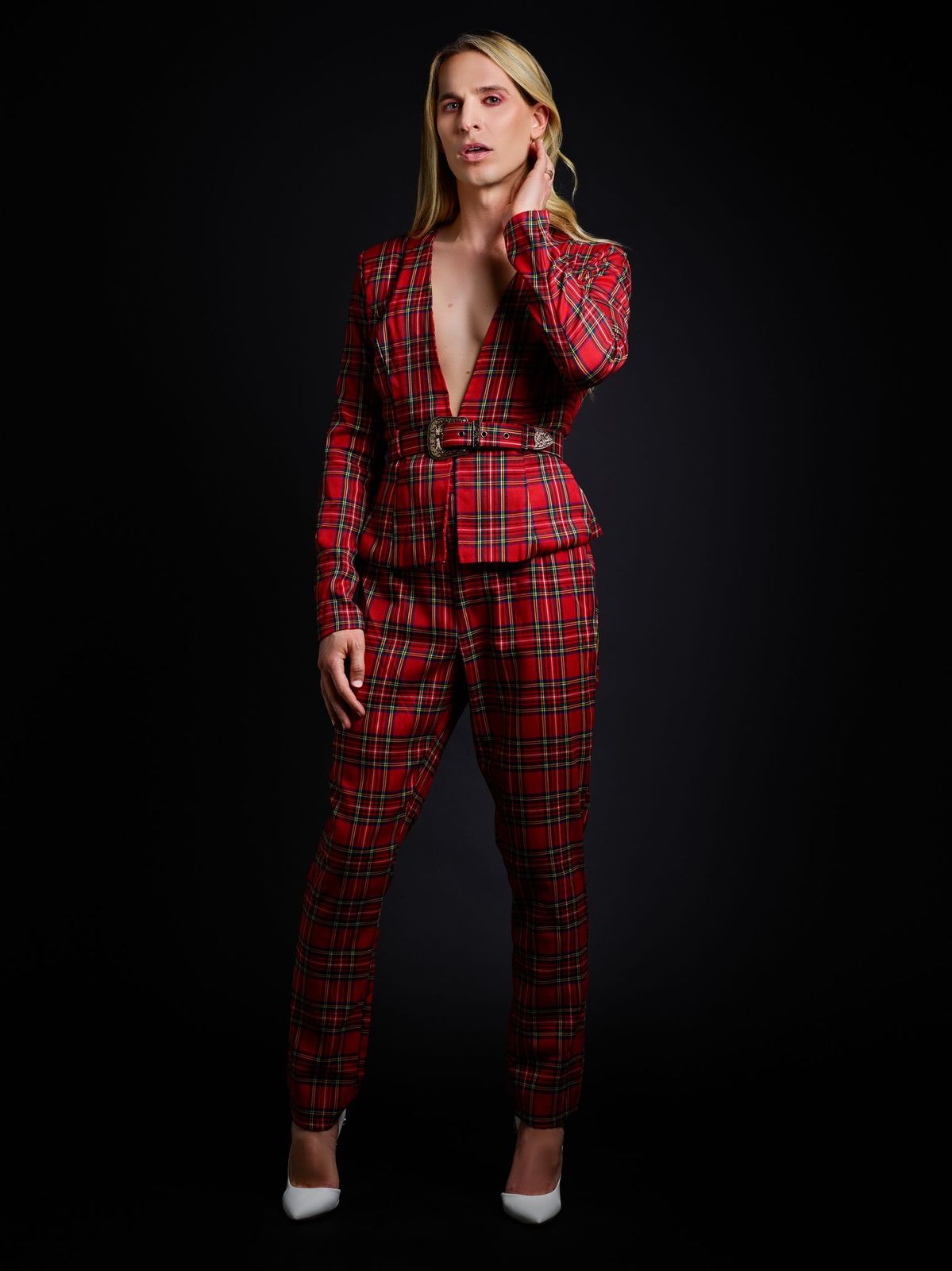 It is officially Pride Month and to celebrate, we’re diving deep into a moving and hilarious new young adult rom-com novel, Jay’s Gay Agenda, which released today by genderqueer author Jason June. The book is one of five queer-inclusive youth stories that the Texas-based author is set to release through major publishers Scholastic and HaperCollins this year. Talk about impressive.

“We’re finally at a time when we’re getting more and more LGBTQIA+ characters in mainstream media,” Jason June says, “and I’m so honored to get to be a part of this generation of creators sharing our stories. Representation matters,” he adds, “and I want to show kids and teens that they can be celebrated for who they are.”

In our recent interview, Jason June speaks to the power of representation for young people and shares his biggest challenge to becoming a published writer, as well as what Pride Month means to him and offers a few helpful tips on discovering your authentic self.

What inspired you to become a writer and how did you know that you wanted to write books for young audiences?

Jason June: I was so inspired by my favorite books as a kid, like the Animorphs series by K. A. Applegate. I really fell in love with the ability to create whole other worlds through words. When I finally realized that I could pursue writing as a career, I knew I wanted to write for young audiences because young people are still in the mindset to believe that magic (literally or figuratively) exists in the world. When we grow up we get so bogged down in work and bills and the nitty gritty details of life that I think we lose that sense of wonder. So I like to write for the youngest generations of readers because it gives me more space to discuss that magic exists, not just in fantasy lands, but in the connections we make with people around us in the real world.

What are some challenges you have faced on the path to getting published?

JJ: The biggest challenge I’ve had to overcome is being told from when I was a child that being gay, being outside of or in-between the gender binary, was not okay. Luckily for me, not by my parents, but the message from society in general was loud and clear. We didn’t see queer characters in children’s media in the late 80s and early 90s when I was growing up. We didn’t see queer characters in children’s media really until we were quite a few years into this millenium. We’re finally at a time when we’re getting more and more LGBTQIA+ characters in mainstream media, and I’m so honored to get to be a part of this generation of creators sharing our stories. Representation matters, and I want to show kids and teens that they can be celebrated for who they are.

Tell us about Mermicorn Island! The first two books of the four-part series are out now, what is to come next?

JJ: Mermicorn Island is my whimsical chapter book series with Scholastic that follows the adventures of a mermaid-unicorn hybrid and the shenanigans he and his friends get up to with magic seashells. Our lead character, Lucky, doesn’t have magic of his own like his under-the-sea pals, so in each book he gets to learn what it’s like to have power by using the magic in these shells. Along the way, Lucky learns that true magic comes from what’s in your heart. The third book in the series, Too Many Dolphins!, releases July 6, and features gay dolphin dads and themes of found family, so it really holds a special place in my heart. And the fourth book, Wish Upon a Shark, comes out this October with a nautical twist on Halloween called Scary Splash!

How about children of your own to share these wonderful stories with—Is that on the vision board for the future?

JJ: I love kids so much and their take on the world, but I’ve realized that children of my own aren’t in the cards. I think I can do the most good by helping kids out there currently feel seen in my work, and hoping that they can find connection and community through my books.

Tell us about Jay’s Gay Agenda! Why did you feel this book was important to write for young people around this age group?

JJ: Jay’s Gay Agenda, my debut YA rom-com that’s out June 1st, was very very loosely inspired by my life growing up as the only out gay kid in my rural Eastern Washington high school. The book follows Jay Collier, who’s also the only out gay kid at his small rural high school. While his straight classmates have all these relationship milestones, he makes a list (his Gay Agenda) of all the things he wants to do when he finally meets another boy-who-likes-boys. It starts with small things like first hand holds and dates and kisses, and progresses up to wanting to lose his virginity. Then his mom gets a job in the big city, and he’s finally surrounded by other queer teens, allowing him to cross items off his romance to-do list. It’s geared toward older teens, and I’m so excited about this sex-positive rom-com because it explores love and lust and all the mistakes we can make and victories we can have when we’re finally seen as a romantic and sexual being. I think it’s important because we have so many works out there that celebrate the hormones and horniness of straight teens, but we still have so far to go in showing just how beautiful gay and queer relationships are too.

What advice would you give to young people seeking to find their authentic selves?

JJ: I would say to follow the tugs on your heart, follow that string that’s leading you in the direction of what makes you truly happy. Whether it’s playing with gender expression, or trying out a new passion, or anything that makes you a little scared to go for but you know in your heart of hearts you have to try. Go for it. Try it out. Tell people close to you that you know have your back through thick and thin so that when you do try these things, when you get closer to your authentic self, you’ve got someone in your corner to lift you up if there’s pushback. And there will be pushback. It’s a sad truth that some people are afraid of others who will challenge the status quo, whose existence pushes them to see past a limited understanding of humanity. And if you’re in an environment where it’s unsafe to be yourself, it’s okay to wait. Just know that someday, as cheesy as it sounds, love will win out, and you will get to be you.

What does Pride Month mean to you?

JJ: Pride is all about embracing who we are and just living our truths to the fullest. This has become even more important to me in recent years as I’ve unlocked my femme self and really want to embrace my feminine spirit. I’m proud of the person I am today, and excited for the journey of discovery still to come!

How do you plan on celebrating Pride this year?

JJ: I am a huge book nerd, so I’ll be celebrating by reading queer books by and about queer authors! A few I have in mind are Jonny Garza Villa’s FIFTEEN HUNDRED MILES FROM THE SUN, Emery Lee’s MEET CUTE DIARY, Steven Salvatore’s CAN’T TAKE THAT AWAY, and Ashley Shuttleworth’s A DARK AND HOLLOW STAR!!