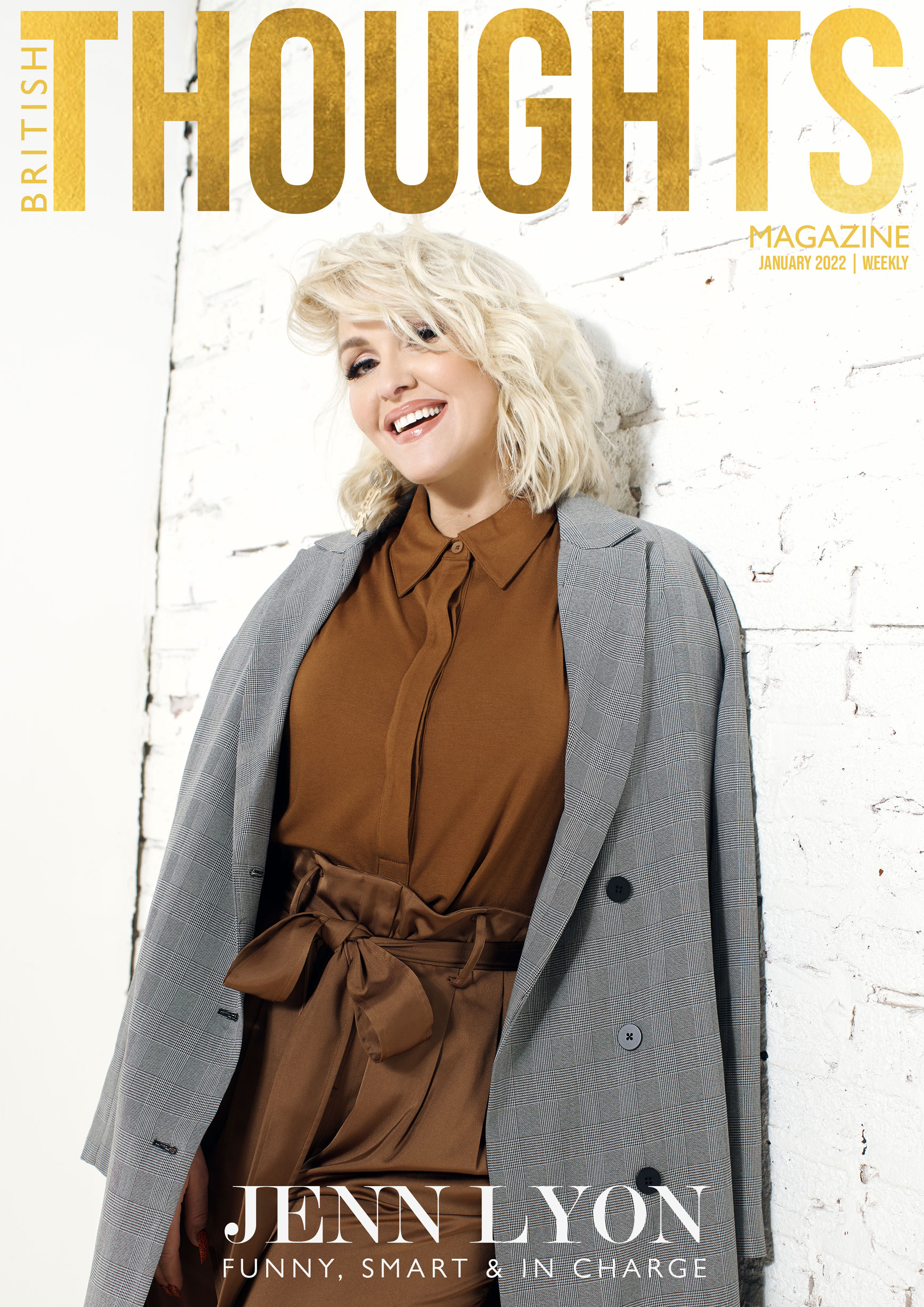 Jenn Lyon is an accomplished multi-hyphenate who has established a strong foothold in Hollywood.  A native of North Carolina, she grew up as the daughter of a preacher and attended North Carolina’s School of the Arts.  Shortly after graduating, she relocated to New York City, where she worked consistently in various Broadway and Off-Broadway shows before making her big debut in film and television.

As one who is well versed in all areas of acting, many may be surprised to find how sharp she is when it comes to comedic timing…  Sketch comedy is a particular talent of Jenn’s.  She was a writer/producer/co-founder of the internet sketch group POYKPAC, which has produced sketches with more than 100 million views to date. Despite her knack for comedy, she’s a well-rounded and well-versed actress whose career is undoubtedly on the rise.

You may recognize from her iconic role opposite Timothy Olyphant in FX’s Justified (amongst numerous others), but these days you can catch Jenn in TNT’s CLAWS where’s she’s portrayed Jennifer Husser for four seasons.  The series will return on December 26th on TNT.  We had a chance to sit down with Jenn to talk about her work, her inspiring journey, and of course, all things CLAWS…

You have an incredibly inspiring story in overcoming an eating disorder that nearly cost you your life.  What has the healing process been like, and what advice do you have for others who may be facing the same thing?

The healing process is really tough and not at all linear. My advice would be to seek professional help, be patient with the process and get rid of diet culture. Unfollow accounts that promote it. We get enough cultural messaging without inviting it in your free time.

Body positivity means you stop obeying the narrow confines of beauty that society says you should appear as and celebrate all shapes, sizes and abilities we may be at any given time. I’m becoming more interested in body neutrality as a philosophy because it feels a little false sometimes to say I love my body every day… what if I can reframe the narrative and make it more about what my body allows me to do.

Do you think social media contributes to setting unrealistic standards of beauty?

I think it certainly can and does. But there is also a slew of accounts that promote more realistic looks with no filters or wildly creative makeup or fabulous drag queens/kings or big girl dance troupes or differently-abled models etc., etc… One can find many different tribes to belong to or admire.

Your hit series CLAWS is returning December 26th on TNT! What is Jennifer up to this season (without giving away any spoilers)?

If I tell you, I’ll be immediately assassinated.

With the show being centred around a nail salon, we have to ask…  how can our readers get nails like Jenn?

Right now, your readers could bite their nails down to nubbins and pick all their nail polish off in moments of jagged anxiety. That’s the look for Fall!

When not filming, how do you indulge in self-care? Any products you love?

I really love the masks and stickers by this company Zitsticka and they help my combination skin massively.  I also dig Paula’s Choice skincare and it’s very affordable. For me self-care looks a lot like reading, putting my phone away and saying very few words out loud.

You’ve been very outspoken about the need for designers to make more options for curvy women.  What brands out there do you love, and who do you think does a good job of highlighting bodies of all shapes and sizes?

Any chances you’d ever collaborate to start your own brand?

I WOULD LOVE TO COLLABORATE WITH AN EXISTING BRAND. Make sure you get all caps on that!

Shifting focus… philanthropy and being of service is very important to your mission.  Tell us a bit about all of the incredible causes you support.

“A is For” is an organisation on the board that fights for reproductive rights and reduce the stigma around abortion. “Black Women Lead” is an LA-based nonprofit that amplifies leadership and advocacy for black women and underrepresented communities. “The Loveland Foundation” makes therapy and healing possible for communities of colour with a special emphasis on black women and girls. “NEDA” is the national eating disorder association and they are a one-stop-shop for help if you have or know someone who is struggling with an eating disorder.

What advice would you have for others who want to give back, but may not know how to? A lot of people think they have to contribute financially, but acts of service are very important as well.  Do you agree with this?

You don’t have to have money to spare to make a difference. You can donate your time or your skills or even lie still and donate your blood or plasma. All you have to do is begin. Google what’s in your area!

With this being the final season of CLAWS, what would be your next dream job? Anyone, in particular, you’d like to work with?

Any parting advice you have for our readers?

Figure out what it is you value rather than have that be installed by everyone else? And try to learn how to observe your thoughts instead of immediately believing them and acting on them? It seems to be the space between the thought and the action can be a whole new field of freedom.