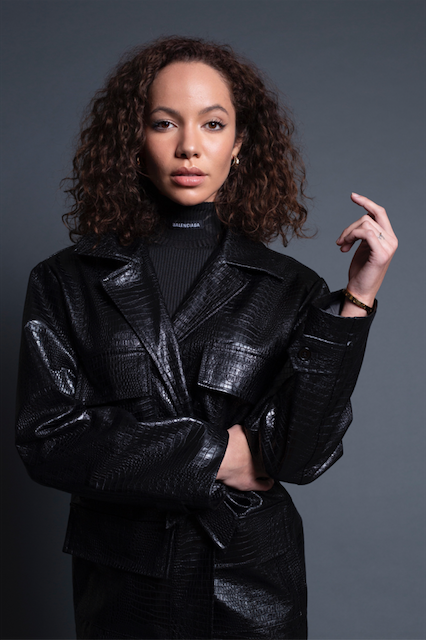 Born in a vibrant small town in south-eastern Maine, Lexie Stevenson always dreamed of being an actor. At the age of 5, she began to pursue her dreams by enrolling on voice and acting lessons after which she progressed to make her stage debut in popular musical theatre productions like Alice in Wonderland, High School Musical and Beauty and the Beast. She decided to give her acting career her all and signed her first project with the CBS daytime drama, The Young and the Restless where she played the role of Mattie for three years. She was also nominated for the 2018 Emmy under the category ‘Outstanding Younger Actress in a Drama Series.

While Lexie’s passion and her dedication to the art shine through, things aren’t always easy for the young actress who battles endometriosis. Lexie gets candid about her challenges of dealing with this condition while she balances her work, mental health and personal life.

How did you find out you were diagnosed? Were there any tell signs?

There were signs but I didn’t recognize them for what they were because I didn’t know what Endometriosis was at the time. I had really painful period cramps and sometimes even had intense cramps when I wasn’t on my period or I would spot them pretty often. I was finally diagnosed when I ended up in the ER because 3 ovarian cysts ruptured all at once the doctor did an internal ultrasound and saw another growth on my ovary

to make sure it wasn’t anything harmful she sent me to Boston Women’s Hospital where a doctor there decided it would be best to go in and remove it. While I was in surgery, he also discovered that my intestine had wrapped itself into the size of a golf ball, due to the Endometrial tissue sticking it all together and somehow pinched itself off and kind of healed itself the best it could. After removing it and stitching me back up he went out and told my mom that I had Endometriosis.

How did the diagnosis affect your mental health?

The diagnosis itself didn’t affect my mental health as much as the years that followed and the realization that there is no cure or medication for it. When I lived in Maine, it was much easier to manage because there wasn’t much to do and wherever I did go my parents were usually with me so if I had an endo attack they would take me home and take care of me.

However, once I moved out to Los Angeles I started getting anxious when I would go out with friends because I was so nervous I’d have an endo attack in the middle of a club, party, event, etc. It also made me nervous when I was on set but at least there I am able to bring my EAEK (Endometriosis Attack Emergency Kit) where I have my meds, heat pack, and everything else that helps make me more comfortable. As long as I have that I can do anything, but it doesn’t help with the anxiety that comes with having Endo, unfortunately.

For someone so young with the pressures of high school what did it mean to be diagnosed with a chronic illness?

It meant I had an obstacle that could overcome me or I could overcome it, and I chose the latter. If anything, I think my diagnosis made me stronger. As I always say, what doesn’t kill you makes you stronger and that’s what it did.

How does it affect your day to day activities?

I would say I just have to be more mindful on a day to day basis. Mindful of what I eat, drink, the activities I am doing and monitoring how I’m feeling. Usually, I can sense when an Endo attack is coming on because it will start with smaller cramps that are spaced apart and gradually get worse. If I notice that happening I know I need to make my way home or if I’m on set I take my medication to prevent it from getting worse.

Being someone who is often in the limelight, how does it affect your work?

It doesn’t but not without effort. I never want my Endometriosis to prohibit the quality or scale of my work so I take all measures possible to make sure an Endo attack doesn’t happen on set or if it does that I have everything in place to handle it. I do this by making sure I work out before I go on set, having my EAEK on hand, eating no dairy, gluten, or anything else that can cause inflammation, and staying as relaxed as possible.

Why did you decide to help other people in the same boat? What prompted you to take this step?

I ended up in the hospital for a few days in 2018 and a lot of fans wanted to know why, so I made a blog post making my diagnosis of Endometriosis public. To my surprise, it gained a lot of traction and the Endometriosis Foundation of America reached out and invited me to the Blossom Ball Charity event they have every year. While I was there I heard the speeches of women I have looked up to for years and was inspired. BUT, what made me really want to continue was when I had gone to a Chop Stop in LA and the girl at the counter recognized me and said she read my blog post and said she had a lot of the same symptoms so she went to her doctor and got diagnosed with Endometriosis. On average, it takes women 4-6 years to get diagnosed so the fact that I was able to help her know what was going on with her body a little earlier made me happy and I decided I wanted to keep spreading awareness so other women hopefully wouldn’t have to go through what I did.

How do you cope with the recurrence of this illness?

Self-care and a lot of it. I take really good care of my body and listen to it no matter what. For prevention I am careful with what I eat, I exercise, and keep stress as low as possible. For anxiety and stress, I journal, take bubble baths, and stay super organized.

Being in a relationship and having someone understand and accept your needs due to a chronic condition is hard in itself. How do you and your partner support each other? How has having your partner’s support helped you cope?

A lot of communication. My boyfriend Kris is really good with Endo so I got lucky. If I’m having an attack he gets whatever I need and takes really good care of me. He also never makes me feel bad when I get embarrassed by the symptoms of Endo. For example, if I bleed unexpectedly and am not wearing a pad or I have to stop in the middle of us being intimate. In any of those instances, he’s usually able to make me laugh about it and not take it too seriously which is really important because sometimes I just want to break down and cry but he’s good at keeping me from getting to that point.

Can you debunk 3 myths you think people have about endometriosis?

Oh, I love this question and yes. Is Endometriosis an STD? No, if I had been locked away in a tower my whole life like Fiona from Shrek I still would have developed Endometriosis because it’s genetic.

Is Endometriosis contagious? Again no because it’s genetic.

Can you have Endometriosis removed permanently? No, with each surgery you have to get it removed it will eventually grow back twice as much.

What advice would you like to give people who’ve recently been diagnosed or ones that are struggling to cope with it?

Self-care is my answer to everything. Make sure you listen to your body and surround yourself with a great support system. I have heard of women ending up in uncomfortable situations with people who don’t understand the disease and don’t want to learn, so make sure you stay away from those people and always put your body’s health first. Put it above work, your partner, and everything else.

Having already been involved in so much advocacy work, what do you think is your ultimate goal?

To gain enough awareness that eventually there will be more government funding research so that we can eventually find a cure or something that can make the disease easier to handle.

Lexie also plans to drop her first single, on the 11th of May this year, called ‘Chocolate Bae’ that’s about her current partner who has been an immense form of support while she battles this condition every day.

For More on Lexie:  IG: lexiestevenson