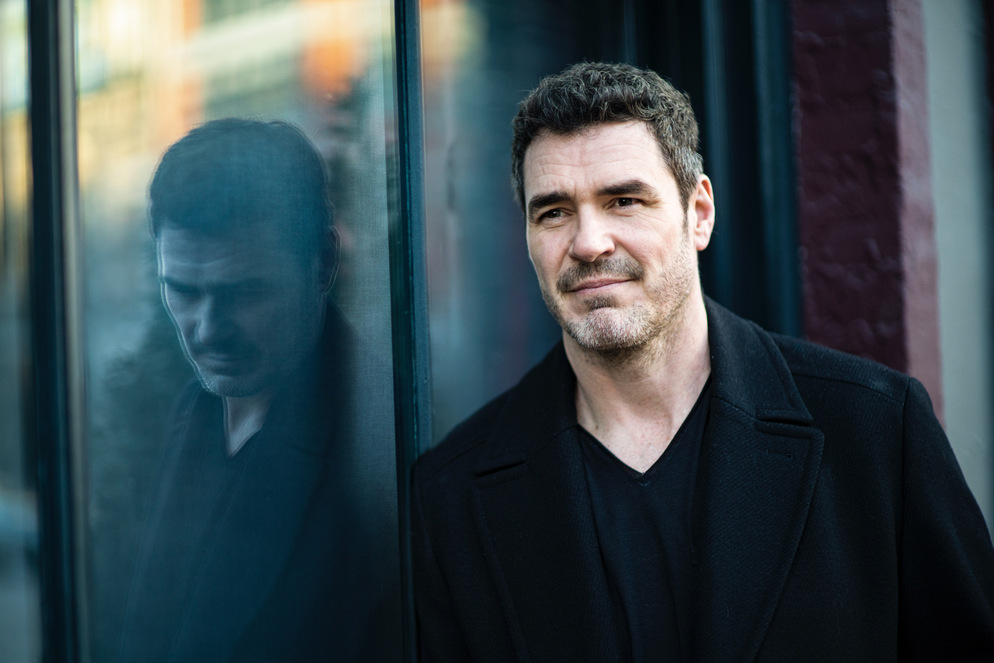 Dan Payne is no stranger to the spotlight with a career that has not only been successful in Hollywood but also as a former professional athlete.  Having lived a somewhat nomadic lifestyle, Dan’s globetrotting adventures allowed him to experience different cultures, learn some very valuable lessons, and ultimately, why a career in entertainment was his true calling.  He’s starred in numerous hits such as The Flash, Supernatural, John Tucker Must Die, Watchmen, and the critically acclaimed film Mulligans just to rattle off a few, however, one of his proudest roles to date is that of a father.  We sat down with Dan to talk about his new film, fatherhood, and what he’s learned so far in the journey of life… 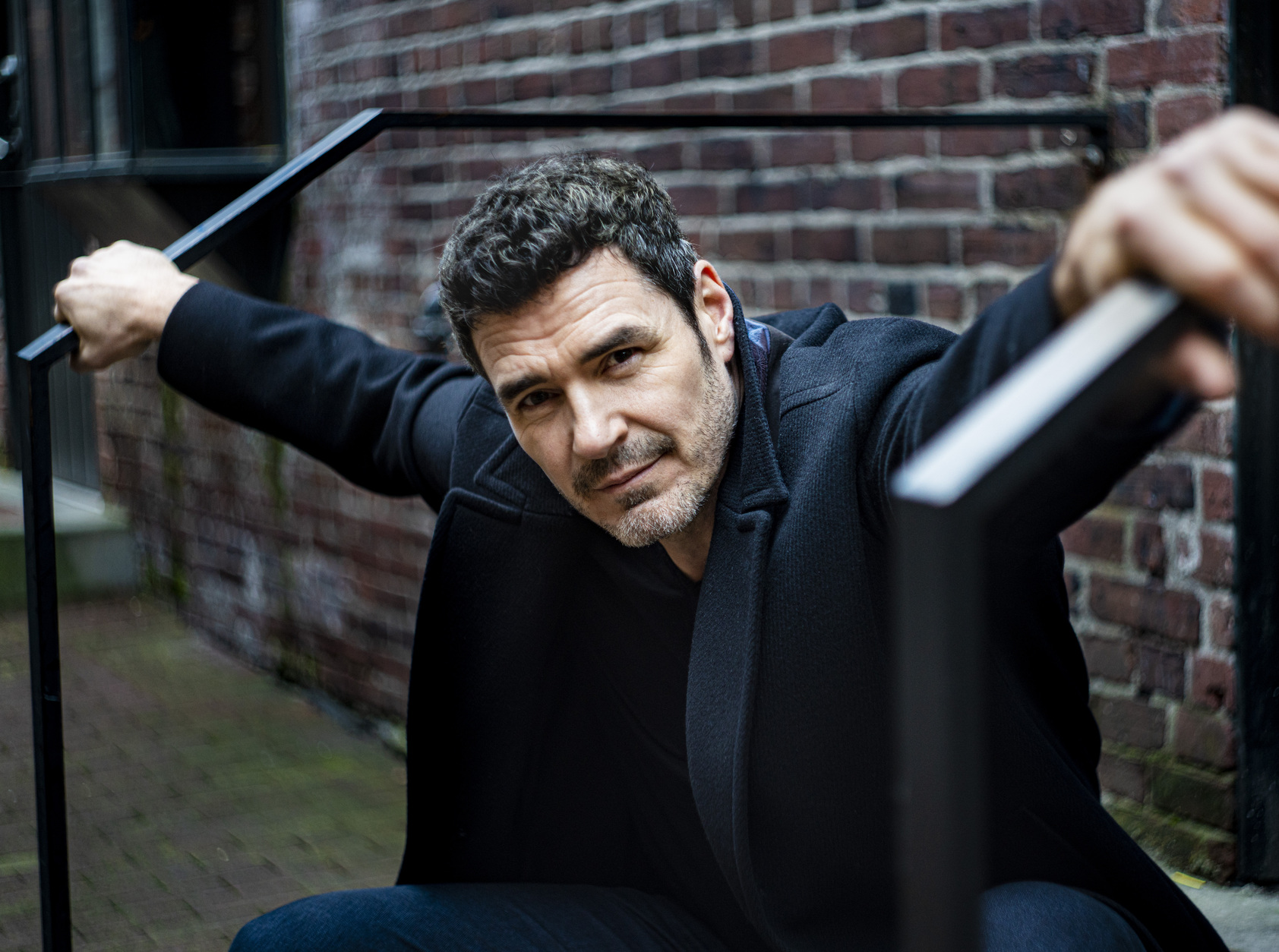 First of all congrats on your exciting role in the upcoming thriller CORRECTIVE MEASURES…  What would you say is so different about this project as opposed to others you’ve done?

There are a lot of things I love about this project starting with Sean O’Reilly, the writer/director/executive producer.  Sean is an incredibly smart, collaborative, and genuine individual.  The tone of a shoot is usually set from the ‘top-down and this shoot was an absolute blast!  And I’m grateful for him believing in me and giving me the opportunity to bring “Payback” to life!

I’d be beyond remiss if I didn’t express how mind-blowing it was to get to work opposite a Hollywood icon like Bruce Willis.  It doesn’t happen every day that you get to share screen time with a legend.  That was a big difference and a bucket list event for me!

I think the other key difference with this project is its scope of it.  Not only is it a feature film with incredible names like Bruce Willis and Michael Rooker but it’s also meant to be the first in a series of films.   Sean has a fantastic vision of creating a shared universe with this film as the first instalment. 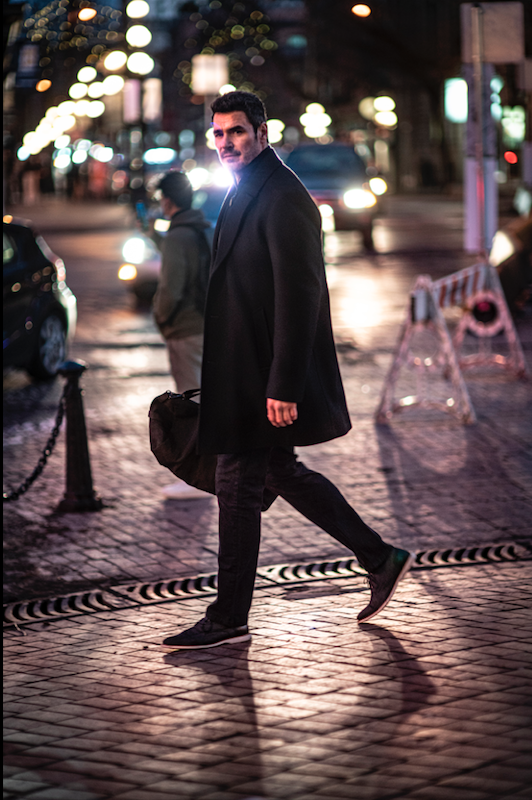 Bruce Willis is your co-star… were there any fun behind-the-scenes moments you can share from filming?

Honestly, it was pure gratification to simply be around Mr Willis!  He still looks like a million bucks and has a commanding presence.  Mr Willis was incredibly kind and gracious and a consummate professional.  There wasn’t a lot of time for much of anything extracurricular. The days were very full, and Sean made the most out of every bit possible.  None of that phased Bruce since he’s been at this game for a minute.  He would come in, knock out his scenes like the legend then kindly exit with rock-star swagger.

Before becoming an actor you were a professional volleyball player, and lived all over the world… do you think there’s something to be said for those who travel and experience different cultures?

I feel like all the travelling and opportunities to experience different cultures has been an endless gift.  I believe it allowed me a perspective on various aspects of my life, and life in general, that I wouldn’t have otherwise discovered.  And I think it afforded me the ability to become a bit more self-aware through the reflection of self in others.  I like to consider myself a people person and I love to people watch.  I spent a lot of time trying to better understand different cultures and motivations in the world and tried to integrate all the ‘good’ I could from each experience.  I really enjoyed exploring the different religions and belief systems around the world and tried to absorb all the teachings and lessons that resonated with me.  Like Keanu Reeves says, ‘the simple act of paying attention can take you a long way.’ 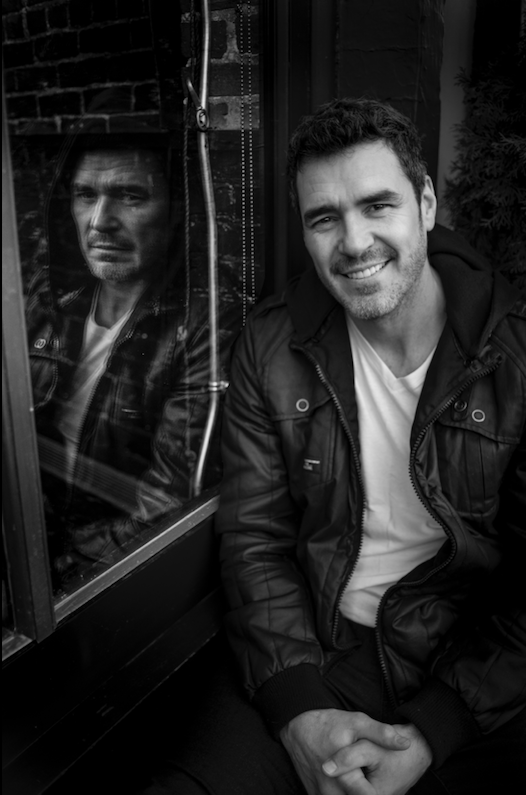 What has been your favourite city to live in/visit so far? Why?

I truly am extremely happy living in Vancouver, Canada.  The mountains and ocean are within a short drive and it’s always green!  I can hear a few people saying ‘cuz it always rains!’ but I like the rain and think it’s cleansing.  And I prefer it to snow.  My wife and I started our family here which might also make it a favourite as it feels more like home.

I do absolutely love the sun!  So, if I was to pick a place to visit/revisit, it would be the Whitsunday Islands in FNQ, Australia.  I lived there for several years as well but would go back for a visit in a heartbeat.  I have a long-standing soft spot for that place not only because it’s a paradise but because my brother and I lived there together.  We created some lifelong memories and helped each other grow a lot during that time.  And full transparency…partied a fair bit along the way too!

You’ve been very open about your struggle with depression and why it’s so important to destigmatize mental health…  what advice would you give to others who may be struggling?

My hope is that anyone struggling with mental health can find the strength to talk about it.  I know, from personal experience, that it can seem like the most difficult step.  I remember clearly how hard I fought to hide my depression and prayed no one would find out.  The stigma of weakness surrounding mental health/depression kept me silent.  I have been vocal about my journey hoping that those struggling know they are not alone.  Saying it out loud to my wife and taking accountability and responsibility for it took so much power away from my depression.  And the support I have received since has helped me immensely on my own journey.

As an actor, you’re often experiencing the highs and lows of working and then the “in-between” of jobs.  How do you work to stay grounded in an industry that’s full of glitz and glam and the bright lights of Hollywood?

To me, the glitz and glam are very small bits of the bigger picture of  Hollywood; brief but extremely fun moments in a much longer story.  At least they are for me.  The in-between times are the true test of your passion and love for the ‘biz’.  The in-between is where you have to do the work.  And you better love the work!  That said, I have really struggled with the downtime aspect of this career at times.  It really is a rollercoaster of ups and downs, and I am extremely grateful for the support group I have around me to keep me going.  My wife, family and friends are essential for me regarding staying grounded.  And I try to stay grounded by always doing something related to my goals in the industry.  I love this job, but it can be taxing in many different ways.  And I’m also lucky that I’m a dad which can be the most beautiful distraction from all of it!

You’re also a father…  what has fatherhood taught you?  What’s the greatest piece of advice you’ve given to your own children?

It’s taught me a new definition of love.  My wife and I love each other completely but nothing compares to the love we feel for our children.  When they enter the world, your entire life changes.  Being a father opened my heart in a new way I never knew possible.  And with that love came a whole new sense of incredible responsibility.

My two boys are pretty young, 13 and 10, so I hope I have lots of good advice still to give!  Both my boys are very athletic and very competitive so I think the best advice I’ve tried to convey so far is to not get caught up in trying to be THE best but strive to be THEIR best which, from time to time, just might be THE best. I am all for pushing and testing limits, just in a healthy way.  …I’m also very competitive. 

Who would you say has been your greatest mentor?

I’ve been ‘roaming the earth’ for a while and have benefited greatly from many incredible people in my life over the years.  The one steadfast mentor, the one person I have always been able to go to for advice, look up to and learn from, is my dad.  When I was young, he led by example.  I know if he reads this, he will likely humbly disagree, but he did.  He worked hard and did whatever it took for the good of our family.  My dad is a very strong-willed, stoic man with an incredible presence and fantastic sense of humour to match.  At every stage of my life, I have called on him to help me process, understand and work through things.  And he never once told me what to do but offered advice and guided me with his experience and wisdom.  I mean, obviously, he rightfully laid into my brother and me when we were being teenage meatheads!  But at the end of the day, I lucked out when it came to my parents.

What to you is the meaning of life? Do you think you’re living your purpose?

The meaning of life has changed as I’ve gotten older with different stages and influences in my life.  But I think, for me, the meaning of life is about trying to find equilibrium between my inner peace and the outer world (which includes finding/living my purpose).  I want to relearn how to be my authentic self so I can better look after myself and therefore better look after others.  I say relearn because I think we are more authentic when we are younger before the external influences of the world cloud it or pull us away from our authenticity.

I think my purpose is a few things intertwined.  It definitely involves pursuing becoming the best version of me I can be.  I also feel like I’d be lost without the connection I feel to entertaining and storytelling.  I’m learning to be happy which makes me think I’m getting more in line with my purpose …whether I know exactly what that purpose is or not.

Lastly, what’s next for Dan Payne? Who would you love to work with next?

I hope more work…followed by more work!  I love this job.  I love being an actor.  So, I look forward to continuing to work, being challenged, and learning as much as I can along the way!  And if you happen to have Ryan Reynolds’s number, just drop him a line and let him know I’d be up for it.…. working together I mean!!!