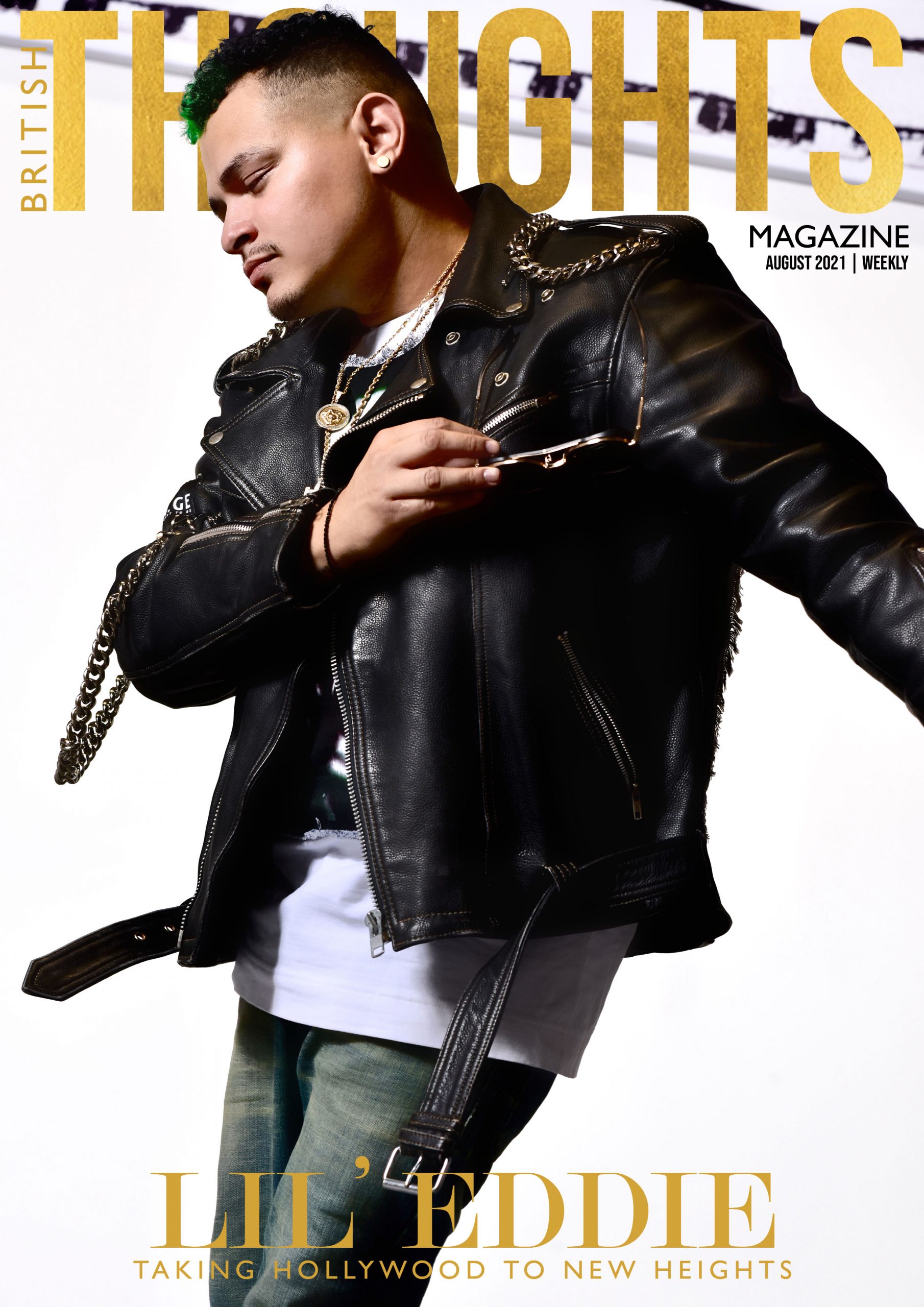 Lil Eddie, a.k.a Edwin Serrano is no stranger to the soundwaves. As a 10-time Grammy Nominee, his work as a producer/singer/songwriter with EMI Publishing had him creating albums and songs for well-known artists such as Usher, Janet Jackson, Nelly Furtado, Jessie J, Kylie Minogue, and PINK.

Drawing inspiration from his childhood in Spanish Harlem NYC, Lil Eddie’s musical stylings are heavily influenced by R&B and Latin genres that later on led him to be discovered by P.Diddy, who ended up fostering and seeing his career grow from the age of 16.

Later on, his expertise garnered him screentime with his long-time mentor and industry heavyweight, Simon Cowell on the world’s most well-known talent show, The X-Factor.

Other than achieving chart-topping success with his songwriting, Lil Eddie has been working on a solo singing act by creating several albums that received outstanding reviews. His five albums ended up reaching the list of top album releases in Japan while creating a series of EPS and singles that attained global renown. Most notably, Statue, Island, and his newest song that recently came out — Still.

With Lil Eddie’s torrential success to stardom, British Thoughts sits down with the Grammy nominee himself, as we get the lowdown on his latest project, success, and his rising solo career.

What inspires you the most when it comes to making music? What keeps your work going?

What inspires me the most when making music is life! What I may be going through at the time, the climate of the world. When it comes to writing songs for artists, I say I am their Uber driver – I just want to get them where they are going. I become very nosey and try to help tell their story.

Who would you say are your biggest influences in life, especially during your first years working in the industry?

My biggest influence in life is my mother – she always believed in me and told me I can be whoever I want to be. Then my pops, Rev Dr Gregory A. McCants was the director of The New York Boy’s Choir where I began singing as a child. I travelled the world with the choir and had the opportunity to perform with amazing stars such as Stevie Wonder, Michael Jackson, Diana Ross and The British Rock Symphony at Radio City Music Hal. I also performed at The pre-Olympics in Nagano, Japan which is amongst the many other incredible experiences I’ve had with my father.  He always told me I can make it in music. He nurtured my talent. Musically I would have to say hands down Michael Jackson! Who is not inspired by his music today?

When it comes to songs that you’ve written for big names, which ones would you say are the best?

It’s hard to say one song is better than the other in my catalogue. I will say though,  I am still working hard and I have yet to write my best material! So for me, every song gets better.

As a musician, what are the hardest trials you’ve been through during the pandemic?

As a musician, I think we naturally feel the heartbeat of the world. It’s been heavy on my heart with what the entire world is facing. I hate knowing anyone who is hurt or suffering. Being at a complete standstill and not be able to work or collaborate with other creative people was difficult. Many artists lose show opportunities, I lost video shoots, releases, collaborations, shows, international opportunities. It was a hard hit but thank God for the strength he gave us to keep fighting to get back to normalcy.

You have worked with Simon Cowell, produced songs for Usher, Janet Jackson, Nelly Furtado, and others. What are the most profound experiences you’ve had in terms of producing and song-writing?

I believe I take something from every experience when working with artists! The legends know so much. Especially, when it is about how to find a solution and to be optimistic. It always blows me away when they trust my ideas and opinions. But I truly believe they have learned to trust the process, the newer artists nowadays have honesty and instinct. But collectively, it’s the blood and passion that keeps you young forever, which is why I am forever a student.

What was it like working alongside the greats on X-Factor?

It was an absolute honour to work alongside Simon Cowell as a judge, industry expert! I grew up watching Simon and have worked with him for almost 10 years now.  I always learn something new from him and I am honoured to ever be given the opportunity to learn as well as contribute my opinion to the X factor / Syco legacy.

What was the inspiration behind your track “Statue”? Do you find yourself going back to your roots as a Puerto Rican-Filipino-American, especially when it comes to music?

Statue I wrote as a message to God! “I’m like a statue, Stuck staring right at you, Got me frozen in my tracks. So amazed how you take me back each time my love collapse”. Every time I fail, God still picks me up. I’m not religious, more spiritual and I do believe in the man upstairs! Music found me and saved my life.

Are you working on any new projects that we should know about?

I am working on a new project currently. I have some videos ready to release and music. But I am working on my label now and I am extremely excited to present my artist. Yung RAF will be the first artist on my label to release! He is a very talented 20 year old from Spanish Harlem, NYC and I know he will take the world by storm! He is innovative, honest, vulnerable and a true entertainer! I can’t wait till the world gets familiar with Yung RAF!

Could you describe what genres and themes will you be exploring for your future album?

I am mixing genres for my upcoming project such as Spanglish, R&B pop, ballads, some reggaeton and even Bachata. I would like my music to be considered heartfelt songs that come from within and hey if I can write all these genres of music for other artists, I should be able to perform and sing my own songs.

Lastly, what’s the most solid piece of advice you can give to anyone who is going through a creative rut?

If I can give any advice it would be to listen to your heart! Eliminate the pressure of having to deliver and speak from the heart! Your creative well will never run dry.