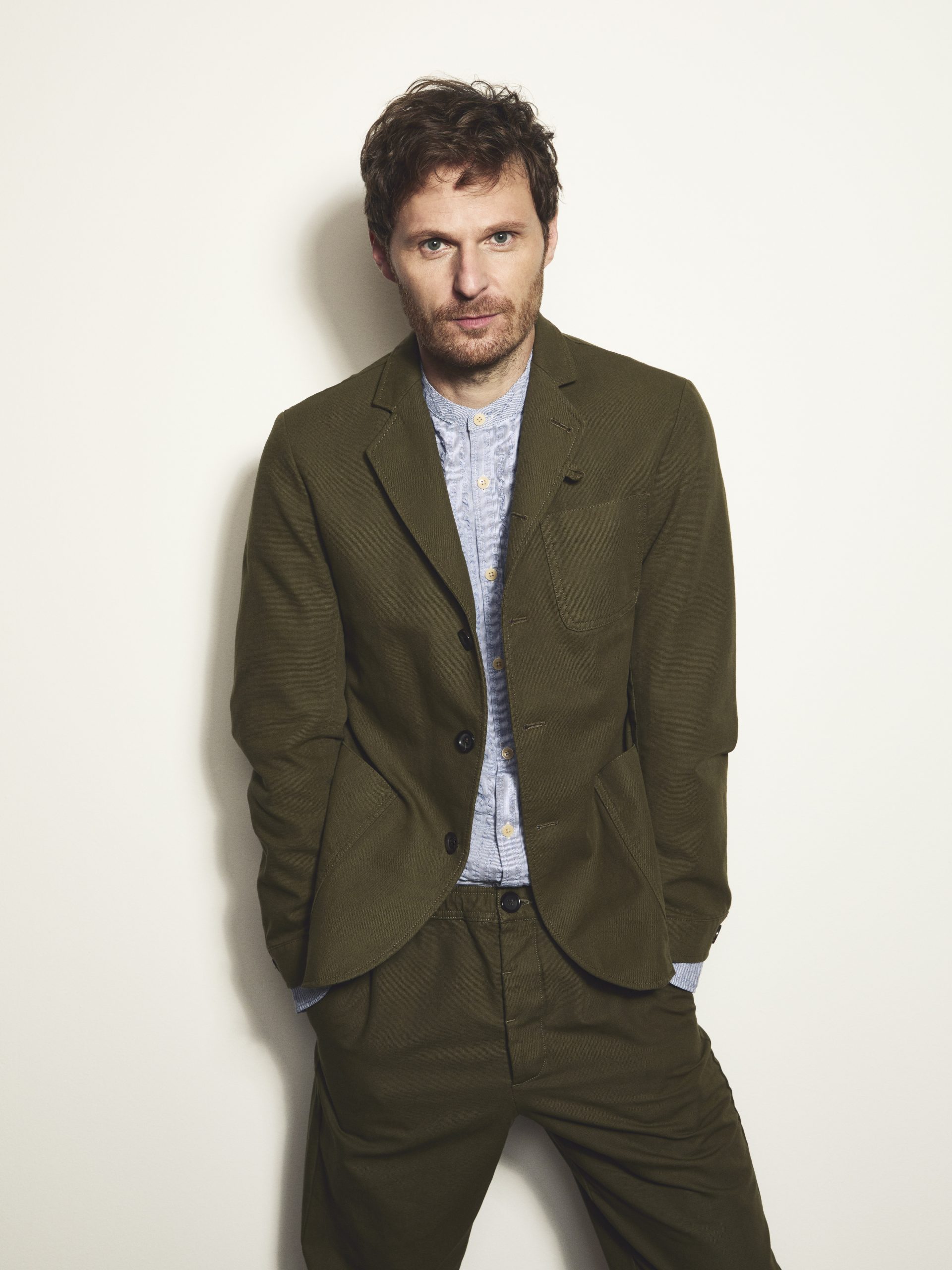 Netflix’s Bridgerton has graced our screens once again with tales of romance, drama and scandal in the high societal world of Regency-era London. Season two is a slow burn of excellence at its very finest, warranting glittered ballrooms, feathers and finery and of course, a young gentleman to save the day. Whilst the Bridgerton’s fortune is secure, clans neighbours find themselves in upheaval, and who better than Lord Jack Featherington, a young and affluent man, to save the day.

Rupert Young is a British actor known for his recurring role in the BBC fantasy drama Merlin, Larry Murphy in London’s West End Dear Evan Hansen and most recently Lord Jack Featherington in the hit series Bridgerton. Speaking with Holly Lewis for British Thoughts Magazine, Young reveals what is was like joining the massive success for its second season, how he feels about Lord Featherington’s fate and what he hopes for season three. 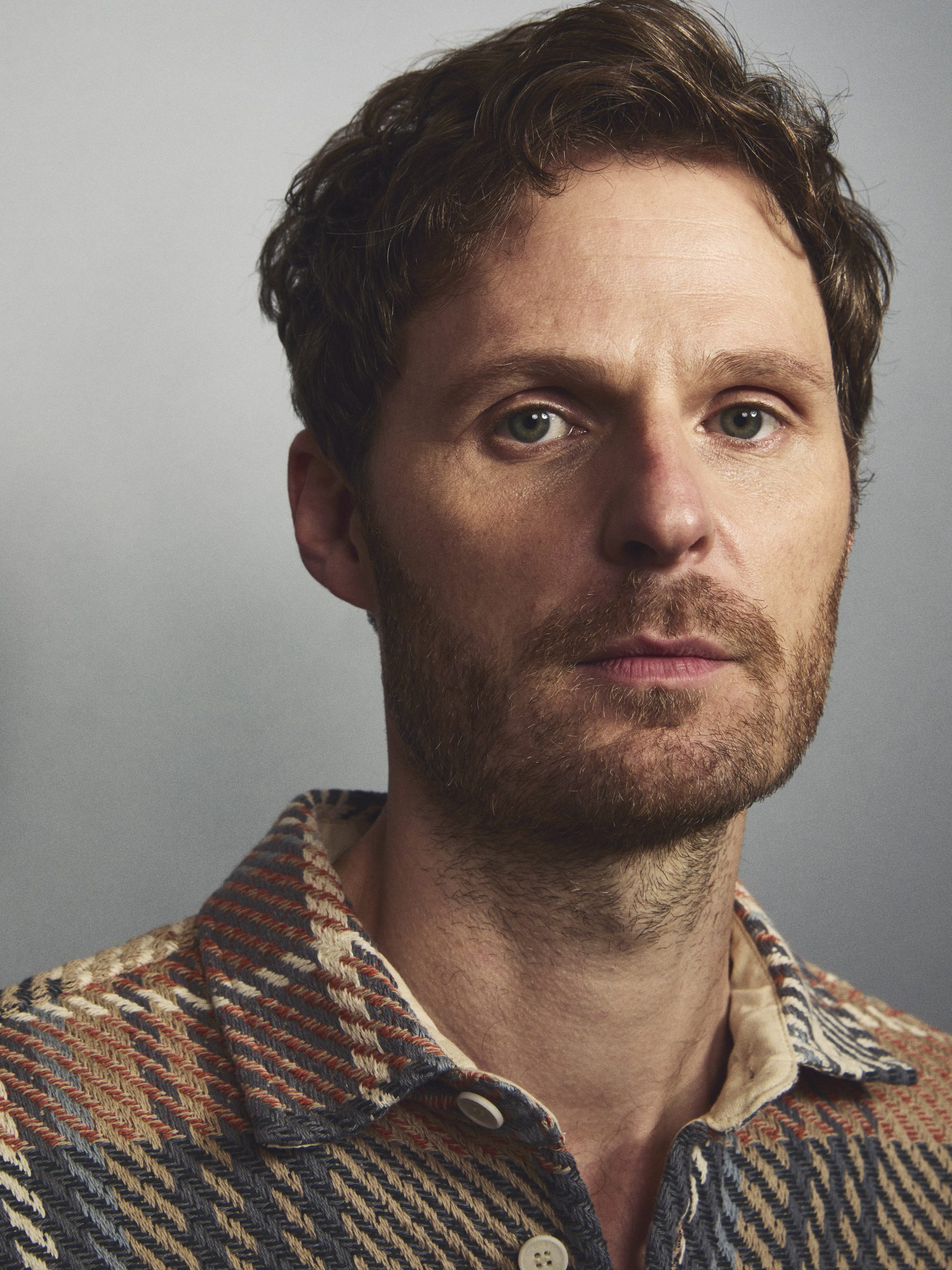 Congratulations on season two Bridgerton – How are you feeling about it?

I’m feeling good! I’m still overwhelmed by it I think. I can’t quite believe it’s out there! We filmed this season last year, got to see the episodes before everyone else and now so many people have seen it – I can’t get quite get my head around the sheer volume of it! I’m so proud and it’s so nice to be a part of the show.

What was the process like of auditioning for the role of Lord Featherington?

I auditioned back in around August time, just before the first season came out. At the time I was sent the trailer and thought, wow, this looks amazing, but I didn’t know much else about it. I didn’t know it was going to become one of the biggest English-language TV series. I get sent the side and I’m reading it, learning it, making connections and I’m thinking, brilliant! But then I started filming my audition and we had been in lockdown, hadn’t seen many people and I watched it back and I thought, this is terrible I can’t send this. I tried the next day again and my agent told me to send it. Heard nothing for months; then it was around March time I get a call saying I’d got a recall.

I remember thinking that was months ago, I thought it had gone! Then I started meeting people over zoom, which was weird because I hadn’t really seen anyone who wasn’t my family, but it went very well. It was lovely, they’re amazing people. The following day I was told I have a chemistry read, but all the characters have different names, so I guessed it was the Featherington’s but I didn’t really know until I asked who the chemistry read was with and they said Polly Walker – Lady Featherington! The next day I get offered the part and then before I know it they’re asking for my measurements, I’m having makeup tests and I finally got a haircut after two years! 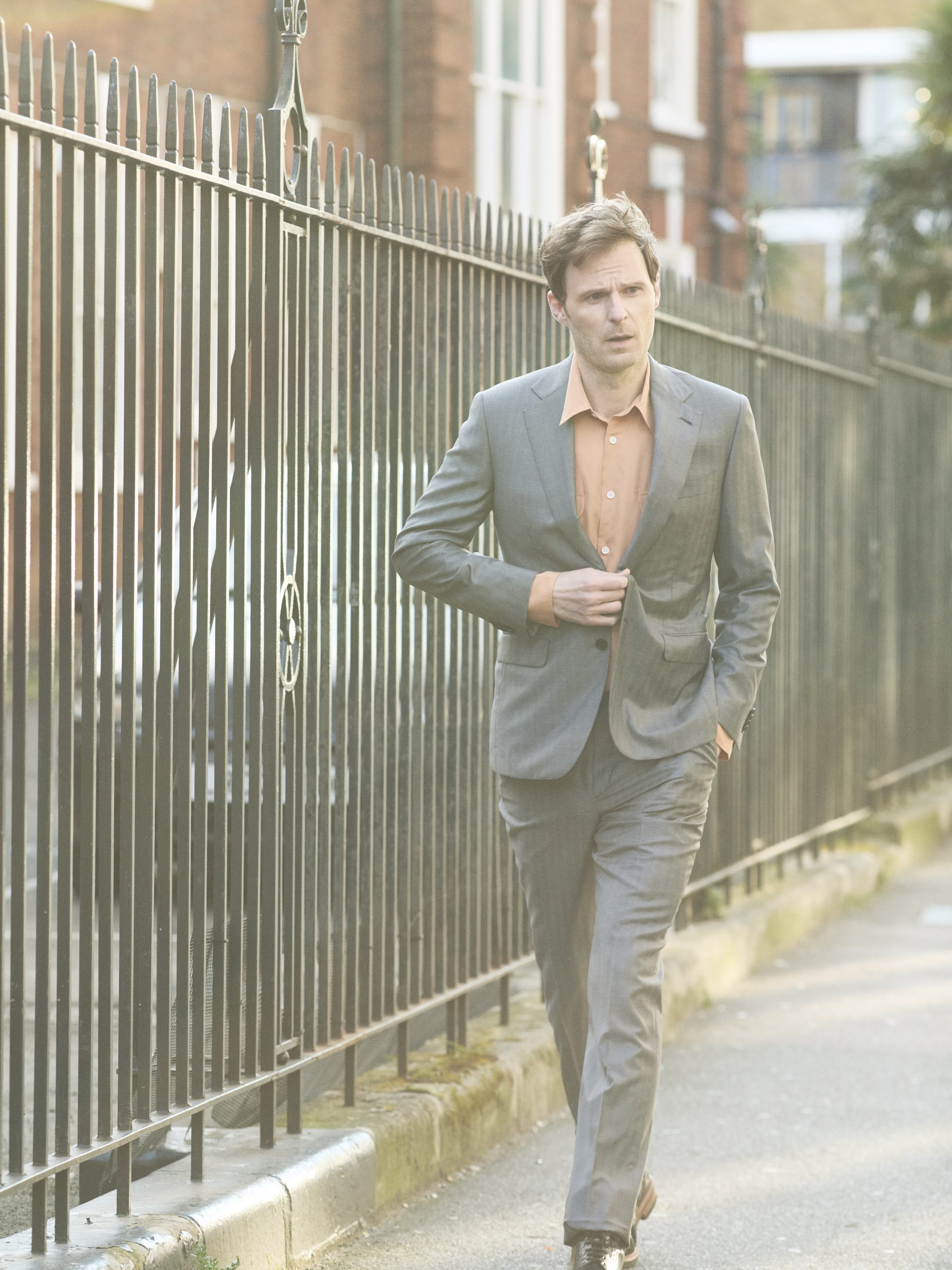 Did you feel any pressure coming onto this massive success in its second season?

Well, we did a read through before going onto the set, so I met everyone over zoom first. I’m seeing all these really familiar faces, so there’s definitely pressure, especially when people are hearing you speak for the first time. But I think what’s amazing about the show is one, the cast. They’re people who care so much. There’s this glorious vulnerability to people because everyone wants to be really good.

There’s also this huge support network, whether that’s the showrunner, Chris Van Dusen, makeup or costumes, that by the time I went to set, it just felt fun and relaxed. I just kept thinking, this is actually really fun, I know my lines, the people are really lovely, and it felt like the pressure was off. It never felt like you were filming one of the biggest shows. Except when you’re looking around and you see horses, peacocks and 150 people standing behind you. This huge thing just felt like people having fun and being brilliant!

The costumes are absolutely fascinating. They seem to be configured by layers of clothing! How long does it take to get ready and dressed before filming a scene?

Sophie Canale, who designed the costumes is a genius. But I wasn’t on set until two weeks later, so they were holding off making things as the costumes are made specifically for you. I don’t think I’ve ever worn clothes that have fitted me so well! They do take a bit of time to put on. We are basically actors playing children, you put on the basics and then someone will come in and do your tie and make sure everything is neat! I actually got my costume change down to about 10 minutes, which isn’t too bad! The problem is getting off, there are lots of buttons and things. You’d have to weigh up between scenes whether or not you had time to go to the bathroom. 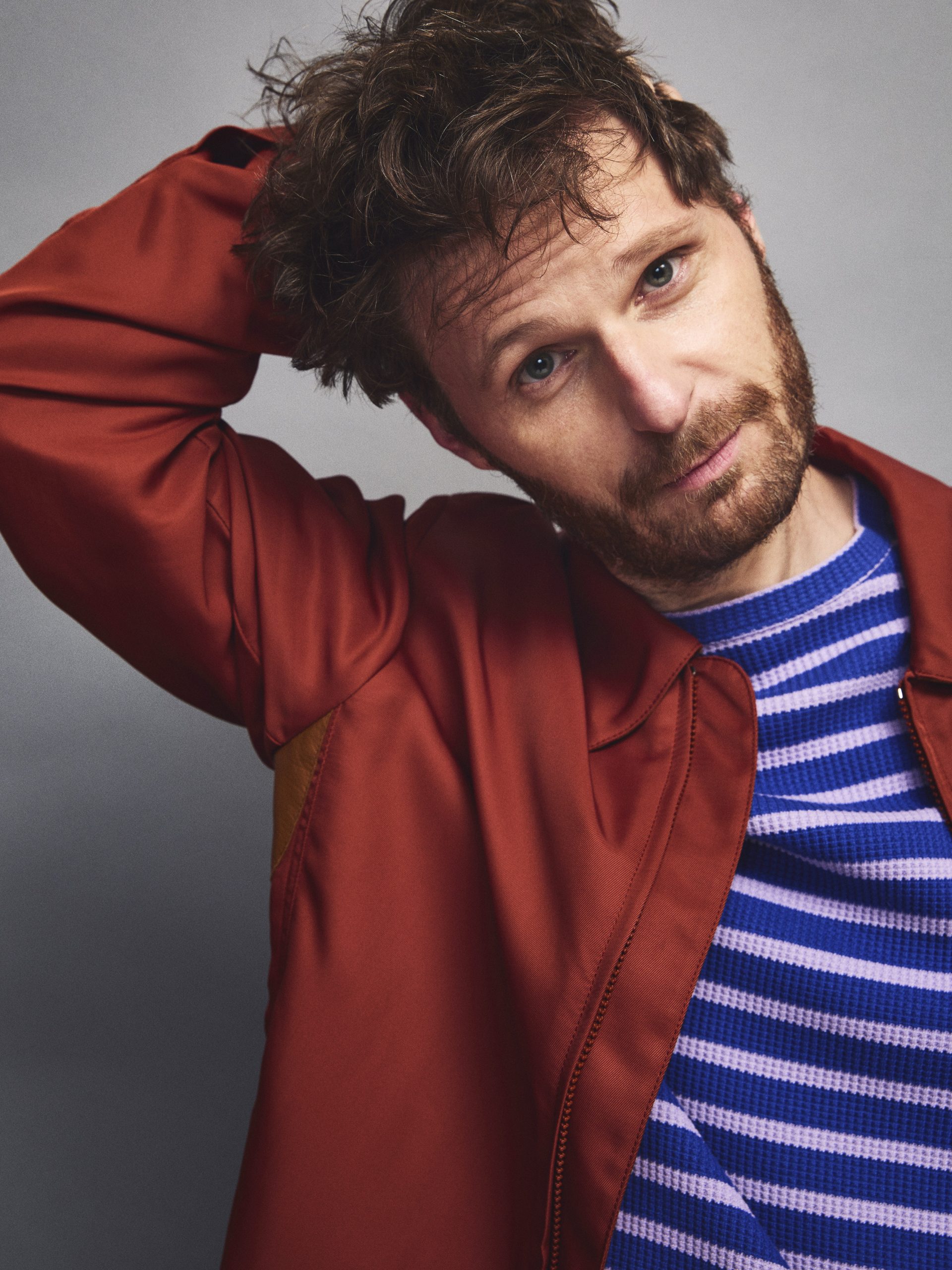 How did you feel about Lord Featherington’s fate at the end of season two?

I felt two different things really. As a viewer I was like, well that’s great. But as an actor, I was like, no! I think he should stay! But the great thing about filming the season is you don’t get given all eight episodes, so we also learn things as we go along. I was quite keen on not knowing too much or where Lord Featherington’s character was going. I knew there was a slightly sinister side, but I didn’t play the early scenes as if I was going to screw over the whole family! Everyone couldn’t wait to get to episode eight and I was like, I’m fine! Leave it as long as possible, I’m happy to still be around! But it was the rightful ending and it was such a powerful scene. I’m still alive, so I think I’ve still got one up than the last Lord Featherington!

What can you tease about season 3 and will Jack Featherington return?

I have no idea, I mean obviously, I would love to know but your guess is as good as mine. I’m available, just letting you know! (hint Bridgerton).

Hopefully, we do see Jack Featherington again, but what would you hope is next for him in his fictional universe?

One idea of mine is that he goes back to America and finds a very wealthy American wife before returning and taking back ownership. Or he does actually find a mine, that is genuine. From this, he becomes very wealthy and he himself comes back, just as the Featherington’s get settled and proclaims that actually, this is rightfully mine and throws everyone out! But they’re probably more important to the series than me! But I would like to come back. Maybe having found the mines before sarcastically asking what everyone was talking about – that necklace must’ve just got caught in the wrong hands!

Watch the interview for more on Rupert Young and Polly Walker’s onset kiss and Young’s funniest memory on set!