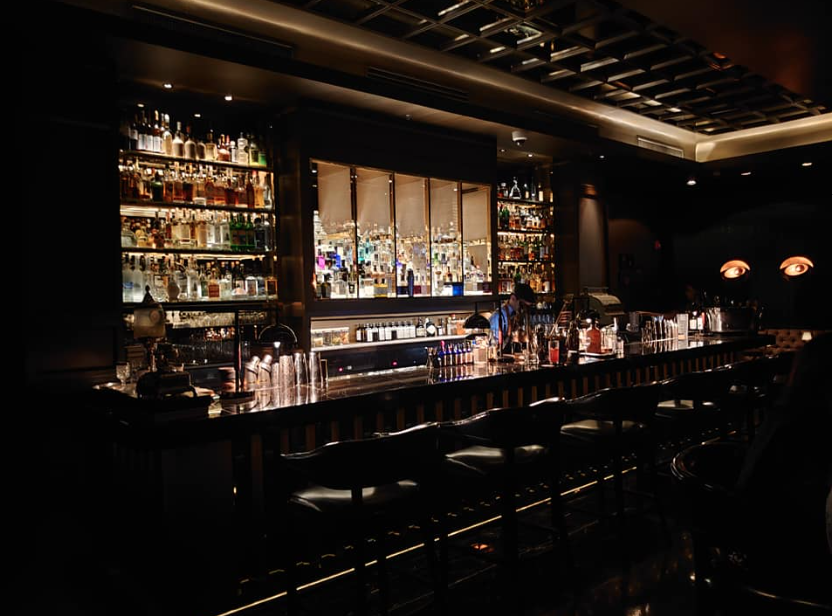 World Cocktail Day 2022 passed and this means it is time to celebrate the creation of the first-ever cocktail made in 1806 with a much-needed drink after a long week of hard work. Finally, after two years, the world opened up and this ushered in a series of celebrations as people are able to sit down at the counter of their favourite bar and order a cocktail that catches their eye and brings back memories.

In one of the world’s best watering holes, tucked away somewhere in the heart of Metro Manila. A group of mixologists, led by resident beverage manager, Alexandre Renoue huddled together to make a cocktail menu that is painstakingly curated and delicious as its overall style.

Known for having drinks like The Notorious Kim, Il Consigliere, Bella Mafia, Hotsy Totsy, and Ransom Note. The prohibition-style beverages weren’t the only aspect that made it one of Asia’s 50 best bars. It was the Fitzgerald vibe, it seemed like the kind of place that Jay Gatsby and Daisy Buchanan might stow away for a quiet drink, away from the dramatic lives they led as East and West Egg residents.

Another secret that the bar holds is a hidden gin lab that boasts its flagship product, The Bees Knees Gin, a sharp homemade distilled liquor that is infused with various botanicals and florals unique to the Philippines, which make it a touch up high than the rest. According to Master Potions Master, Alexandre Renoue there’s a secret hidden in the walls of this highly esteemed laboratory. leading us to one particular corner of the lab, he pointed out a tile that marked a significant spot for the establishment.  ” When we made the first batch of the Bees Knees, we actually put in the first bottle and the original recipe. We had in it as a form of memorabilia, like what you do with those Time Capsules. Who knows, maybe in 100 years’ time — they will tear down the building and see that! ” 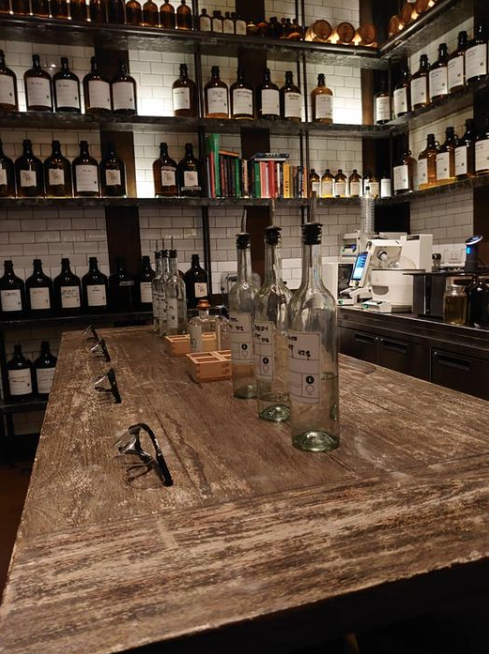 With a mischievous smile on his face, he continues by saying. “There are only three people that know the recipe of the Bees Knees,  It’s me, the previous beverage manager, and the general manager of the hotel – so that secret stays with us.”

Renoue, later on, goes on to say that if you want to be a resident smuggler at The Backroom, you can be one by immersing yourself in one of their Gin lab classes. Where students will be presented with a variety of botanicals and florals as they make their own gin concoction exclusively taught by the leading bootlegger of the speakeasy himself.

Going back to the present, World Cocktail Day celebrations reverberated in several parts of the West. The fellas at Backroom silently took their cap off to the occasion and unbeknownst to the rest of the general populace, celebrated its return to the great norm with a bar takeover from one of Singapore’s best, Smoke and Mirrors SG.

Featuring drinks created by superstar guest mixologist, Edu Zamora, the menu showcased theme cocktails such as “The Man From Manila”, “Monkey God”, and “Light And Shadow.” Quoting Debraliz Galang, The Communications Director of Shangrila on the takeover,

” This is something that they do as a community, it’s a trade-off of sorts that happens when we have friends abroad, what we do is showcase what their specialities are. This is one of the first of many, especially since we haven’t opened in two years.”

Asking them what their favourite cocktails are in honour of this prestigious day, Debbie says on top of her list, The Gaijin and Bushido make it as one of her few favourites. While Alex cites The Bramble as a quintessential modern gin cocktail to try, not only for its unique flavour notes but for its place in British cocktail history since the creator of this iconic blackberry drink — Dick Bradsell, The Cocktail King of  Fred’s Club located at Soho, London passed away recently.

For more information about the Shangrila Hotel and Resorts: www.shangri-la.com