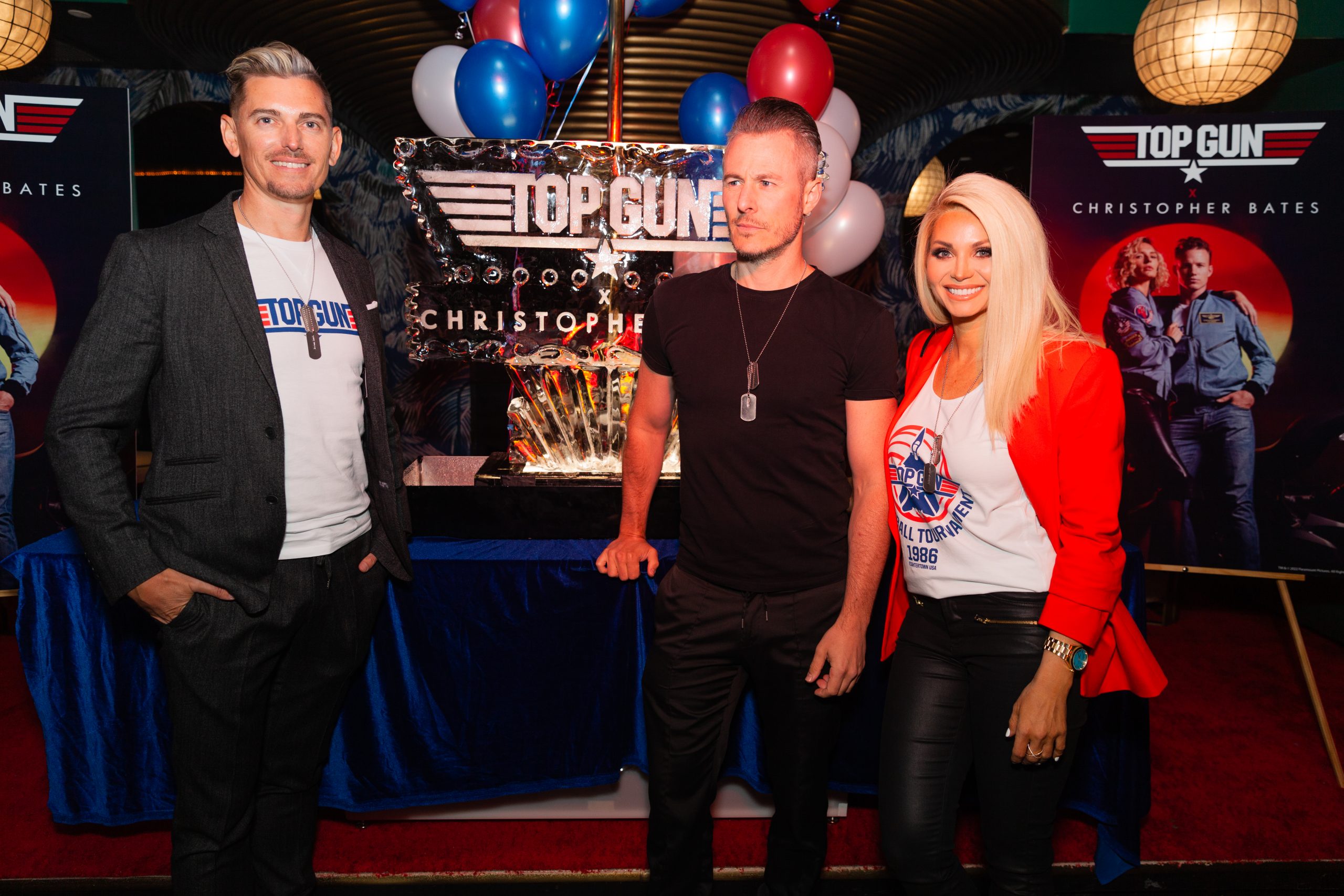 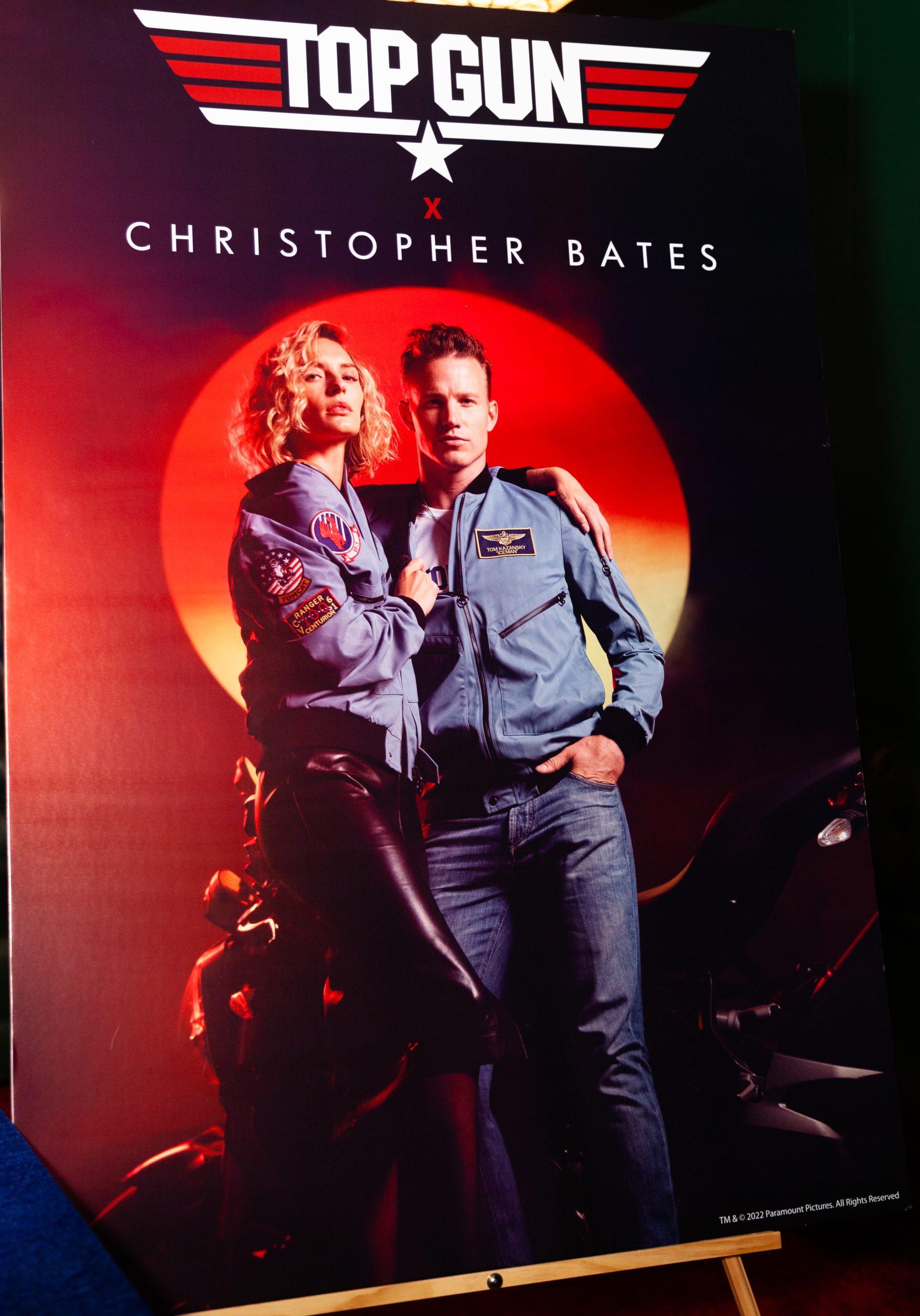 In true Top Gun fashion, the Maverick-esque models strutted down an airport-inspired runway while showcasing various styles from the line, including bomber jackets, jumpsuits, sweatshirts, t-shirts, sunglasses, tank tops, aviator sunglasses, and more pieces incorporated engravings and badges made from the franchise’s authentic artwork, paying homage to the iconic 80s’ film and its box office smash sequel.. Made in Italy, the covetable collection offers fans a creative way to express their style while celebrating the most popular cinematic experience of 2022.

The Top Gun x Christopher Bates collection is available online shipping to Canada, the USA, Germany and the UK, and can be purchased in select retailers, including Shinobi Menswear in Las Vegas and Newport Beach, Gotstyle and The Coop in Toronto, and Breuninger.com in Germany.