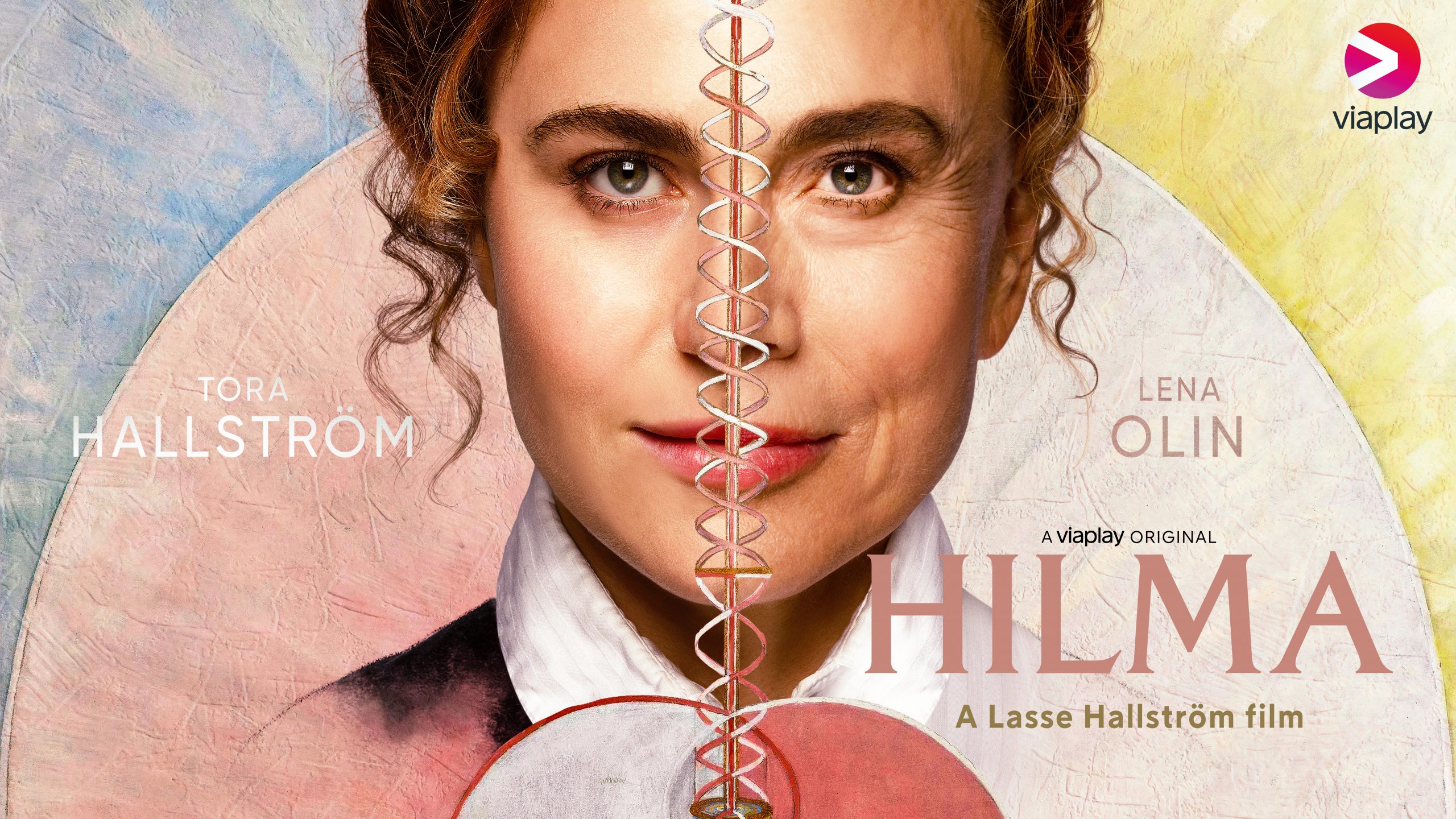 The legendary Swedish director Lasse Hallström, who worked with ABBA on most of their music videos and directed such classics as What’s Eating Gilbert Grape (1993), Chocolat (2000), The Shipping News (2001), or Hachi: A Dog’s Tale (2009), comes back with another sublime melodrama. Hilma (2022) is a historical biopic telling the story of one of the finest Swedish artists: Hilma af Klint. She was a talented modernist, a prominent feminist, and a painter combining spiritualism with abstract art. Unfortunately, her paintings became recognized and appreciated many years after her death.

For Hilma, Lasse has invited his own family: his wife and Oscar-nominated actress, Lena Olin, and their daughter, Tora Hallström.  They both play Hilma in her various age stages, thus the audience can immerse in the story even more (as both of them are extraordinarily similar to each other). Today we sit with the whole family and discuss their newest project: from inspiration to understanding Hilma’s persona.

During the shooting of Hilma, you worked as a family on the set. What was your approach towards making this film?

Lasse Hallström: We worked, as a family, on all creative levels. Lena and Tora discussed the script with me, and we kept talking about the dialogues or how to shoot particular sequences. When it comes to the matter of editing, I was left on my own. Nevertheless, it has been a very collaborative effort, and I am grateful for this opportunity. Because for me it was a really easygoing experience, as they are both very good actresses. Test screenings have proven me that: I immediately knew I have a gold mine up my sleeve. What is more, we mixed up with some British actors who did an excellent job, so every day on the set was an enjoyable experience for me.

Lena, and Tora, you are both playing the same persona in her various age stages. How have you discussed your performance? How did you prepare and understand Hilma’s character?

Tora Hallström: We got the opportunity to literally work together (the three of us) practically all the time. During the pandemic, I moved into the apartment of my parents in New York, and we just had to do something. That is how we managed to work on the early scripts of Hilma and discuss its pages and layers. We had to reflect on how exactly we would like to portray Hilma. We wanted to make her modern (even though she lived in conservative times), so our job was to perfectly understand that period. When we both comprehended Hilma’s character and motivations, working on the script appeared to be joyful work.

Lasse, your latest productions were not related to the genre, which is a period drama/biopic. Why exactly did you choose to portray Hilma’s life?

LH: I wanted to do something that clearly speaks to my heart. The whole project felt really personal: I had the desire to write the script on my own because recently, I have been collaborating with other American writers. Most of my career’s work is based on other people’s scripts, and now I just needed to have something entirely “mine”. The control of the script was something that I needed. Furthermore, lately, I have developed an interest in spiritual life. Spending life with Hilma’s spiritualism and her art was a valuable experience for me as I believe in what she believed nearly one hundred years ago. 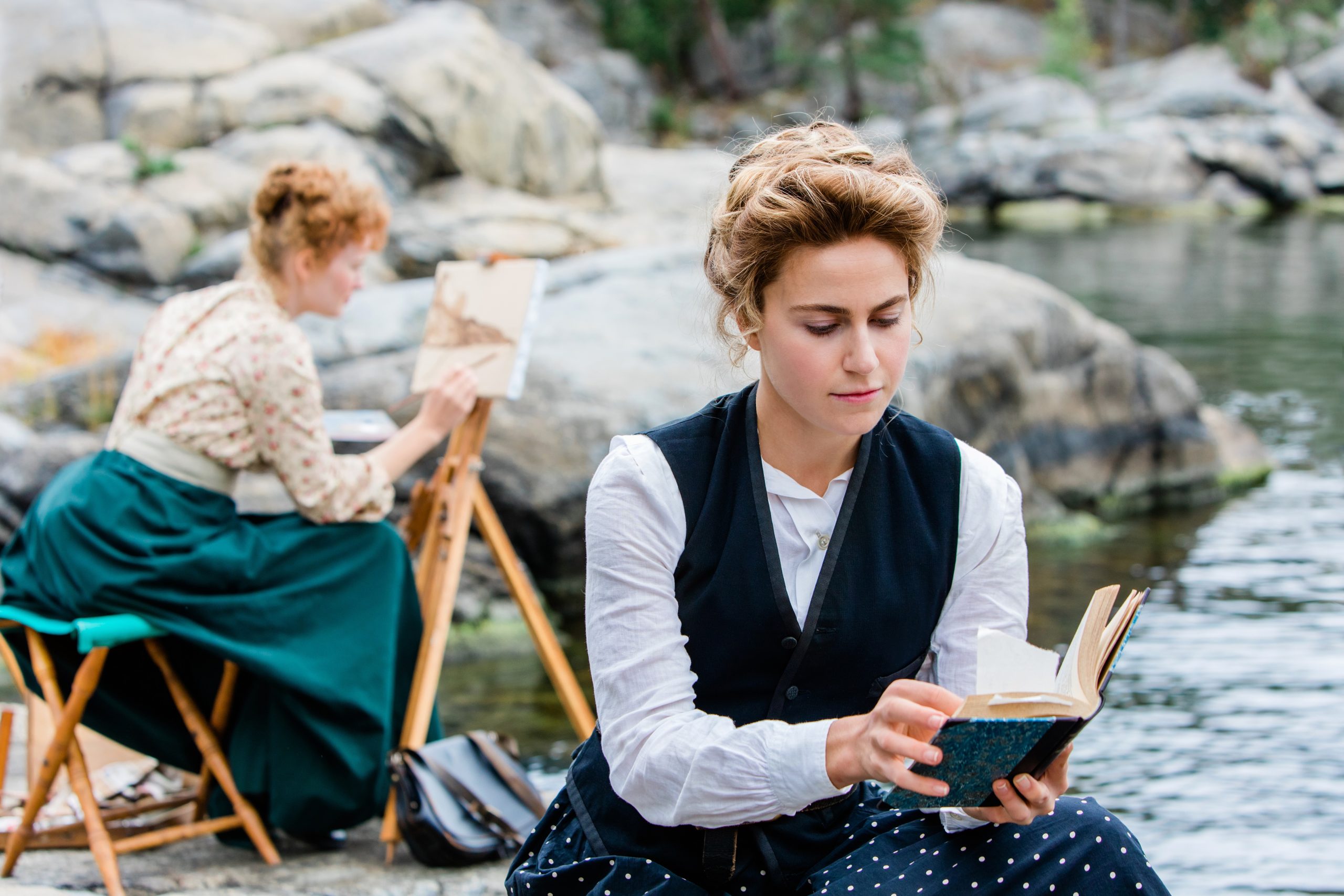 What do you make out of Hilma’s art? Her paintings are an integral part of the whole film.

Lena Olin: Some of the most vital elements in Hilma’s art are not possible to verbalize. I presume that the mystery of her paintings was something that I found enchanting. It’s like poetry and music, which you just cannot describe in any precise words. Today people are just more open to getting acquainted with Hilma’s art, but one thing is still the same: we are not able to decipher her art, we just do not truly understand it. However, the message is still received, because we are able to viscerally “feel” these paintings.

TH: For me, it is still fascinating how she was able to put not only her heart into her work but also her exceptional mind. When you read her notebooks, you see how smart she was… and you also become aware that you are not going to apprehend anything she has written! It is just too complex! As Lena stated, we do not know what to make out of her paintings. But they are mesmerizing for us; this is all that matters today.

Do you believe that Hilma’s story can be inspiring today for women fighting for their independence and emancipation?

TH: Telling her story in such a scary time for women was also our main goal. Hilma experienced some of the issues that women have to deal with even today. However, seeing her struggle brings some hope for a better future for all of us. 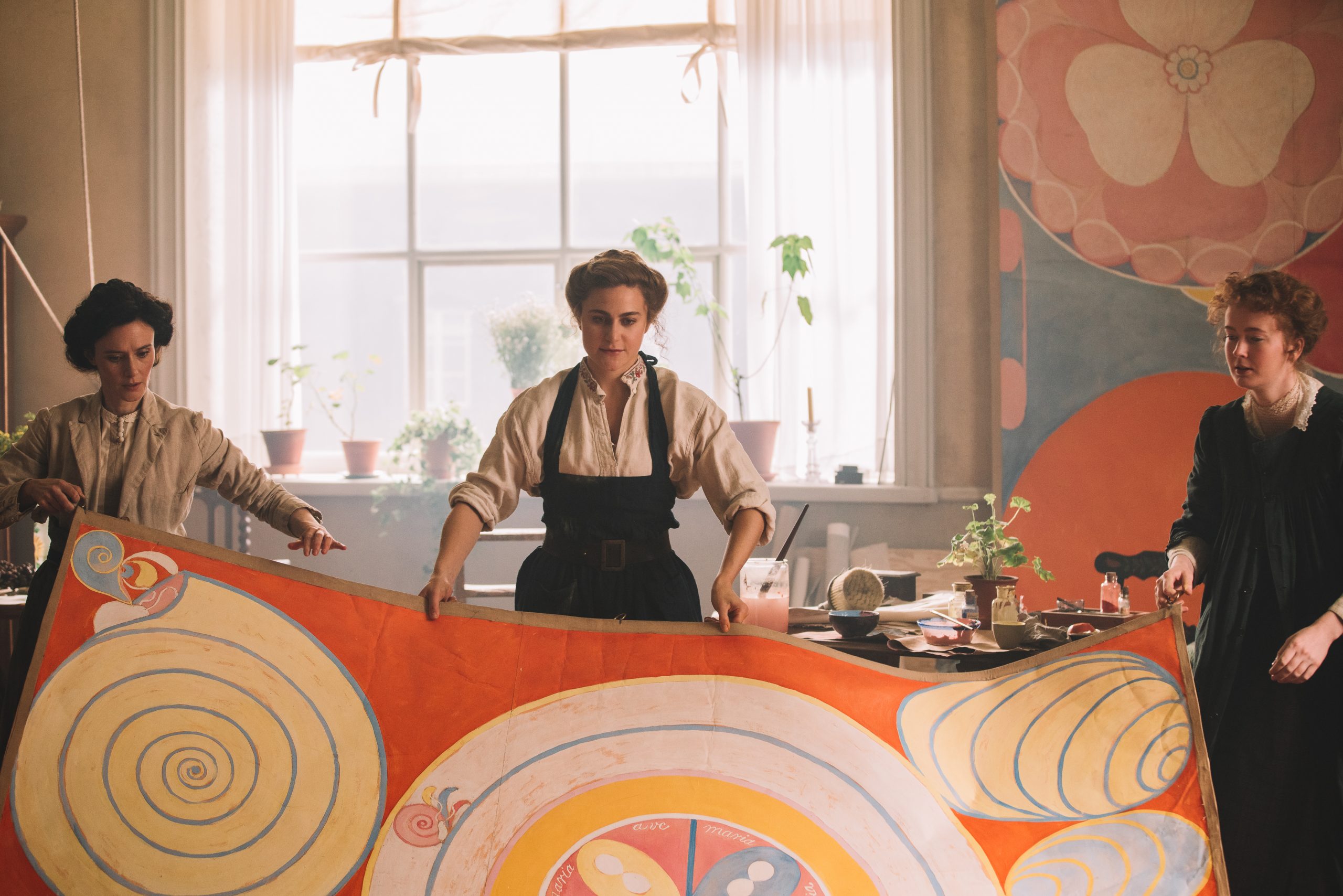 Did you consider her a fatal figure? Your film reveals that Hilma had a tragic life.

LO: She needed a lot of strength to paint pictures that no one understood at that time. All of the industry was against her art, but she kept pushing and pushing. We mainly focused on her passion, and the fire she had in herself. Her devotion towards art was genuinely inspiring. Although I agree that Hilma’s life and career were often miserable, we just treated her as an exceptional artist and normal human being.

It strongly reminded me of the Portrait of a Lady on Fire. What films/other works of culture did you have in mind when you started working on the story of Hilma af Klint?

LH: I have to be completely honest – while I was working on Hilma, I tried to stay faithful to my own ideas. I did not imitate anything or anyone regarding the film’s style. It was crucial for me to focus on my actresses so they can create an illusion of real life. Hilma had to be a real character: while writing dialogues, I have been wondering how they should exactly sound. In my mind, I had early Miloš Forman [one of the most successful Czech directors] comedies or Steven Spielberg’s sentimentality. It is a small mix of tiny inspirations, but the core of Hilma is nonetheless a personal work.

Hilma is out in UK cinemas on 28th October. In early 2023, Hilma will also be available on Viaplay UK, Viaplay’s streaming service set to launch in the UK this autumn.